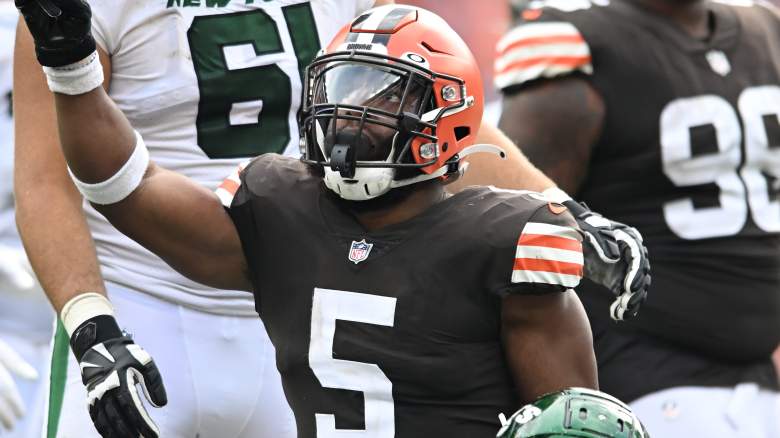 The Cleveland Browns will be without linebacker Anthony Walker for the remainder of the season after he tore his quad against the Steelers Thursday night.

Walker is expected to be out for five to seven months to recover from the injury, which was confirmed by MRI on Friday, per ESPN. Walker had become an important part of the defense since his arrival last season. Walker had 113 tackles in 13 games as team leader last season and was well on his way to becoming a top contributor again. He had six tackles against Pittsburgh before his injury.

Following the news, Walker posted a message on his Instagram thanking everyone for their support through the difficult time.

“God’s Plan > Our Plan,” Walker wrote in his post. “I appreciate all the messages and prayers. Attack this thing head-on and it gets better.”

Browns head coach Kevin Stefanski didn’t hold back as he described what Walker brought to the table for the Browns — both in the dressing room and from a production standpoint.

“He’s a huge, huge, huge part of our football team, which he brings to us on and off the pitch,” Stefanski said on Friday.

“I was proud of Jacob because you wish you could field 12 guys on defense. We listed him early on as a starter with Anthony because I really believe these guys are both capable of starting,” said Stefanski. “Now that Anthony is likely to be out, Jacob goes in there and we have a lot of faith in him. He’s playing like he played last night, I think he can really influence the game.”

Phillips suffered from a bicep injury last season and was limited to just four games. However, the former third-round pick is poised for a bigger role as his number is now being called.

“I like it when I feel the pressure,” Phillips said after the game. “I feel like I thrive the most when I’m out there and able to adapt and get a feel for the game. Obviously I’m blessed to come out of this game healthy and for the plays I was able to make.”

The Browns found themselves in a major bind against the Steelers, with Jeremiah Owusu-Koramoah also eliminated with a groin injury. He received an MRI on Friday and appears to have avoided anything serious, according to 92.3 The Fan’s Daryl Ruiter.

The man known as JOK is the Browns’ other starting linebacker and it would have been devastating if both he and Walker missed a lot of time. The explosive sophomore linebacker has notched 14 tackles this season.