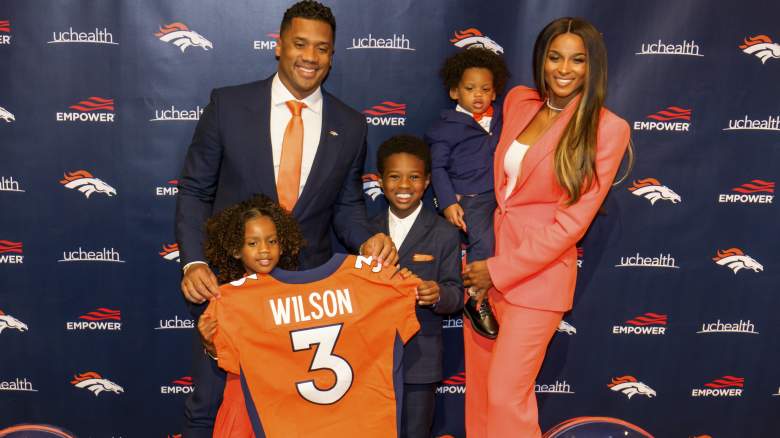 It is priceless for any father to teach a son or daughter a sport at a young age. Denver Broncos quarterback Russell Wilson gave the perfect picture of what that looks like.

Wilson has been married to American R&B singer Ciara since 2016. Ciara’s son with ex-rapper Future, Future Zahir, has been close to Wilson over the years.

The Broncos quarterback posted a video on Instagram about a recent workout with Future Zahir, as well as lessons for famed choreographer Jamaica Craft’s son.

This isn’t the first time Wilson has taken Future Zahir’s football skills out into the world. The 33-year-old quarterback shared a soccer practice session with Future Zahir in 2020 and called him his “best teammate” and a “QB in the making!”

It’s safe to say that Future Zahir has an edge when it comes to reaching football greatness as he gets advice from the awesome nine-time Pro Bowl quarterback.

ESPN’s Jeremy Fowler recently compiled a ranking article on the top 10 players at the quarterback position. The vote was put together by more than 50 voters, including executives, coaches, scouts and players.

Wilson was ranked 8th for the 2022 season. Among the polls, Wilson’s highest rank came in at number 4 and the lowest rank was out of the top 10.

Seattle missed the playoffs in 2021, which was the second time since Wilson’s draft in 2012. With Wilson moving to Denver, there is optimism the Wisconsin product can thrive on offense head coach Nathaniel Hackett.

“I think you will see a rejuvenated Russ [with the Broncos]said an AFC staff assessor. “They tailor things around him. He will have more offensive ownership and a good supporting cast. He will get his place back.”