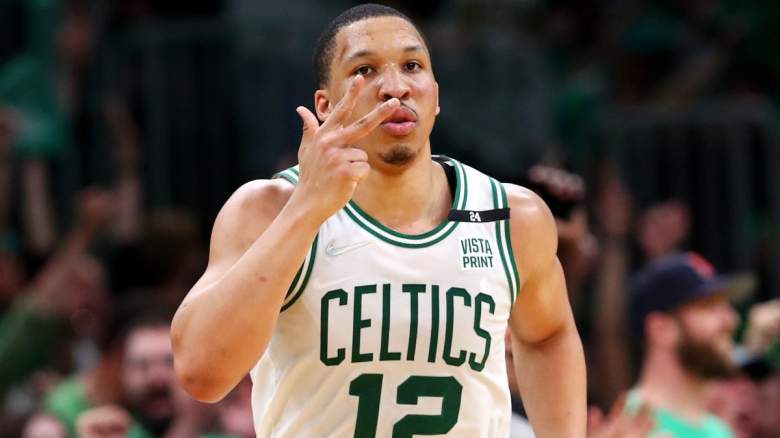 Grant Williams got the NBA world talking when he made the bold claim that the Boston Celtics were the better team during their NBA Finals series against the Golden State Warriors – a series the Celtics lost in six games.

“To this day I say confidently, SECURE, they weren’t the better team. They were the more disciplined team. They’re disciplined and their masterful pedigree is real,” Williams said during his July 20 appearance on The Long Shot Podcast.

Of course, it’s safe to assume that most of the NBA world disagreed, considering the Warriors won three straight games to end the streak and held Boston to under 100 points in each of those contests. Brian Windhorst shared a similar train of thought when asked about Williams’ comments during a July 21 episode of ESPN’s First Take.

“As someone who covered the Celtics for every game in rounds two, three and four as good as they were and everything they had for them. It was maddening how they lost their focus at times…You can’t throw discipline away as a throwaway line. Discipline is a big reason teams win – it comes with experience. I think Grant saying that shows a lack of discipline from him and not understanding what it takes to win at the highest level,” Windhorst said.

During the NBA Finals, Grant Williams and Draymond Green were regularly seen swaying back and forth as the two outspoken personalities clashed on the biggest stage basketball has to offer.

Of course, Green is widely recognized as a master of the dark arts and knows how to get under an opponent’s skin. But according to Williams, he researched how to repay the favor and even managed to silence Green for an entire game.

“Someone told me a story about how Draymond got into an argument when he was younger and was knocked unconscious. I literally did my research. That was the first time Draymond didn’t say anything back to me — I said, ‘Yeah, I get that,'” Williams told Duncan Robinson during the Long Shot Podcast.

Grant Williams’ development was probably the most shocking as last season he struggled to stay grounded due to his inability to stay ahead of his opponents on defense. However, the third-year combo forward enjoyed a solid rebound season and ensured he was seen as a key part of Boston’s rotation.

Williams finished the season averaging 7.8 points, 3.6 rebounds and one assist per game while shooting 41.1% from perimeter, and if he can continue to make that kind of impact this season, we should expect that Brad Stevens offers him a contract extension – as he becomes a restricted free agent next summer.