Brian Urlacher has been slammed for recent “Reckless” comments 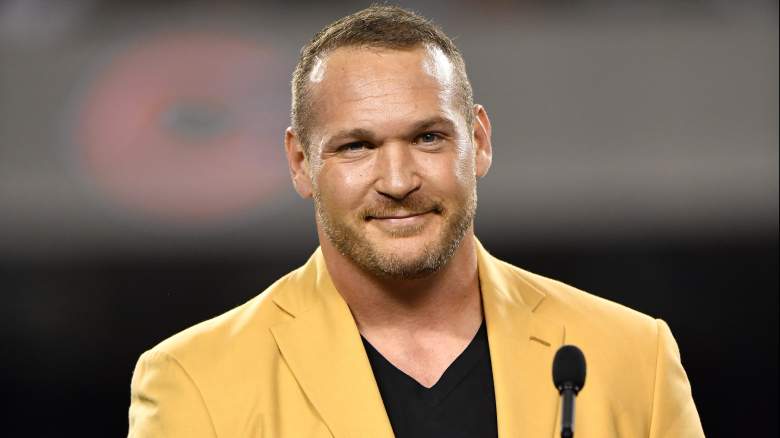 In an episode of the Barstool Sports podcast, Bussin’ With The Boys, taped in June 2022, the Hall of Famer linebacker opened up about a number of things, including his retirement and his career with the Bears. It was his comments about former players and CTE that had some people scratching their heads.

Urlacher, 44, retired from the NFL after the 2012 season. He spent his entire career in Chicago, and while opening up about his current condition after 13 years, the four-time All-Pro LB accused other former players of lying about CTE.

“I feel like I’m still decently sharp. You know, there are some things I forget, but my friends forget shit too,” Urlacher said on the podcast. “I feel like I’m still doing pretty well. There are some guys that I’ve played with that say – I don’t know, now here’s the problem with all the guys with the CTE, if they have it I feel for them, but there are guys who say that they have it just so they can be in the damn lawsuit,” Urlacher said.

“They want the money from the NFL and I’m getting it, man,” Urlacher continued. “You know, everyone wants to get there on time, but there really are people who have, who deserve to be taken care of. And there are the guys who don’t want it, who want it just so they can be a part of this lawsuit, and that just drives me nuts.

A mistake in reasoning by Urlacher is that CTE can only be diagnosed postmortem in both current and former players. While researchers continue to work to find ways to consistently diagnose CTE in living people, that breakthrough has not yet come.

Another point of confusion is that there is currently no lawsuit for players to participate in.

In 2016, the NFL settled a class-action lawsuit filed against the league by more than 4,000 former players. The settlement included an “unlimited cash fund through which any retired player diagnosed with a qualifying neurocognitive or neuromuscular impairment or condition may receive a financial reward,” per CNN.

The fund compensates individual players up to $5 million based on what qualifying cognitive impairment they have been diagnosed with. Former players diagnosed with dementia or a form of Alzheimer’s or Parkinson’s disease can receive between $1.5 million and $3.5 million, while $5 million is awarded for an ALS diagnosis. Players posthumously diagnosed with CTE will receive $4 million.

Although there is currently no lawsuit, Urlacher was likely referring to, or contemplating, this unlimited fund and possible frauds that could occur.

Urlacher’s claims about current or former players lying about CTE have been labeled “disturbing” from a few.

One Twitter user felt that Urlacher’s solidarity with other former players may have taken a hit:

While others simply slammed Urlacher for his attitude:

However, Pro Football Talk’s Mike Florio may have been the most vocal in his criticism of the Bears legend.

“It is rare that so few words contain so many mistakes,” Florio wrote on July 13. “There is no such thing as a ‘lawsuit’. Nobody is suing the league at this point. The class action lawsuit was settled years ago.”

Florio acknowledged the claims were fraudulent but felt Urlacher’s comments were still potentially harmful. “Is it possible that some players exaggerate their health issues to qualify for compensation? Secure. But procedures have certainly been designed to separate false claims from real ones,” Florio noted, adding:

“It is strange that Urlacher is making broad, reckless comments that could undermine players’ efforts to get fair compensation and lead fans and/or the media to wonder if some players are cheating. … The NFL has already agreed to fund all payments to those players who duly qualify, without restriction.”

The NFL also has a website that updates and monitors reckonings received from former players. The website also offers several ways to report fraud and/or fraudulent claims.

While others simply slammed Urlacher for his attitude: