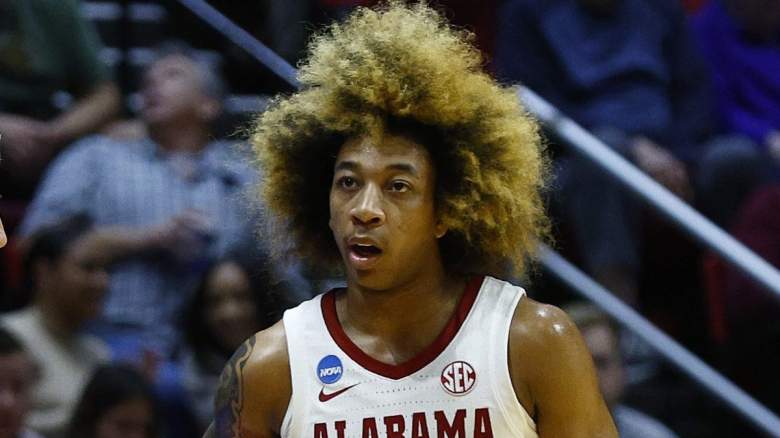 The Boston Celtics did not have a first-round pick in the 2022 NBA draft. Still, they added a rookie to the roster and used their second-round pick in 53rd overall to select Alabama guard JD Davison.

Davison only spent one season with the Crimson Tide. Unfortunately, during his time there, he became a very raw candidate who struggled in a few areas. His inconsistencies see him fall off the draft boards throughout the year, but he chose to remain in the draft and ended up in Boston.

During a post-draft press conference, Celtics President of Basketball Operations Brad Stevens spoke about Davison. He acknowledged the rookie’s mistakes but explained that the Celtics love the way he competes every night.

“He’s had some incredible games and he’s had some games where he looks like a freshman. But he competed consistently and held up well on the pitch,” said Stevens.

Stevens noted Davison’s insane athleticism as one of his key strengths, as well as his ability to get in the paint and make plays for others. At the same time, Stevens alluded to the fact that Davison is still a raw prospect and there are some areas where he needs to improve.

“Very young, very explosive, that’s pretty obvious. Has the ability to get in color and make plays and has some things he needs to improve on but he’s a good competitor,” Stevens said.

During his only collegiate season, the 19-year-old averaged 8.5 points, 4.8 rebounds and 4.3 assists on 46.3% shots from the field and 30.1% shots from behind the three-point line. However, his 3.9 turnovers per game proved to be a real problem as he was unable to consistently make smart decisions.

And according to Stevens, the Celtics plan to give Davison time to develop.

“Tonight was about finding a guy that we could invest in and invest a lot of time in,” Stevens explained.

While not making a pick until Round 2, Boston explored trades that would have gotten them drafted.

When asked about the rumors of possible trade activity on draft night, Stevens admitted the possibility was there, but the price of the trade was too high for what the Celtics were prepared to do.

“We’ve talked about moving up, but getting rid of significant players on our team or using our TPEs and other assets wasn’t what we wanted to do at the moment,” Stevens explained.

Now the Celtics have a long off-season ahead of them to prepare their roster for next season. Davison will likely have a two-way deal and spend a lot of time with the Maine Celtics (Boston’s G-League team). But based on what Stevens has said, the Celtics believe he could be an intriguing piece to move forward.