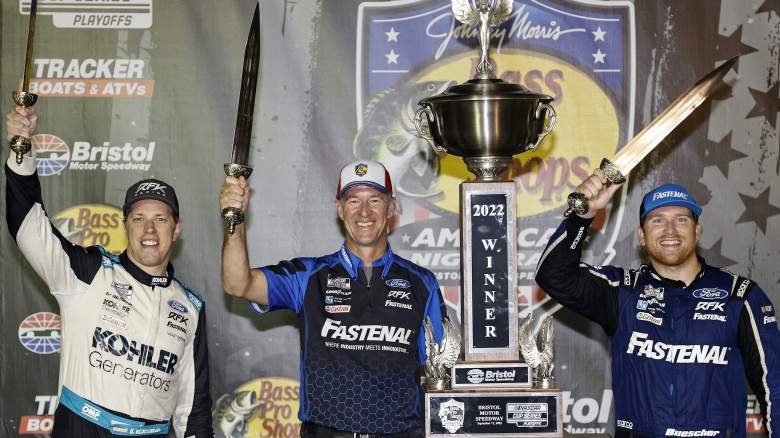 Brad Keselowski has been vocal in his support of Chris Buescher since joining RFK Racing, but he has provided some interesting new details. He announced that he had joined the Cup Series organization and immediately gave Buescher a contract extension.

Keselowski made the reveal during a post-race press conference at Bristol Motor Speedway. He explained that he had previously campaigned for the Penske/Wood Brothers Racing team to give Buescher a chance, but that he was unsuccessful. He then went on to discuss why this contract extension was a priority.

“You know, I wanted Chris Buescher to drive the 21 Cup car about five years ago,” Keselowski said. “I thought very highly of him. There were a number of reasons why it didn’t come across – timing and all – but I thought it suited him naturally. I thought a lot about his talent back then.

“…I felt like he was a free-agent hidden gem that wasn’t properly scouted and felt that way for a handful of years,” Keselowski continued. “So yes, the first thing – it was literally the first thing I did when I signed the papers with RFK. The next step after signing my papers was to make him an offer for a contract extension. I thought he was someone that we could build on and achieve results and today clearly shows that was the case.”

After Keselowski confirmed that Buescher had signed a contract extension, there were immediate questions about the length. The driver-owner was specifically asked whether his team-mate was still under contract until the 2024 season.

Keselowski did not give any specific details, but he confirmed that Buescher will remain with his contract for several years. This guarantees that he and RFK Racing will not have to make silly season rumors in the 2023 season. Instead, they can try to win races and make the playoffs during the regular season.

Keselowski announced ahead of the 2022 season that one of his goals was to get both RFK Racing cars into the playoffs. The organization didn’t make it, but they made progress with laps led and a win. These were part of the larger effort to get RFK Racing back into championship form.

“For us, relevance means winning races, several races a year with both cars and fighting for the playoffs. Of course, none of our cars are in the playoffs, so we have more work to do. But our declared goal internally is to become a four-car team again. That’s not going to happen if you don’t win races and aren’t relevant as a two-car team.”

The race at Bristol Motor Speedway was the first time Buescher had won since 2016 and it broke a winless streak that lasted more than 220 races. It also continued a season that included some big moments.

Büscher started all but one of the Cup Series races in 2022; He missed the trip to World Wide Technology Raceway after testing positive for COVID-19. The Texas native has still lived up to Keselowski’s test of faith by setting career highs with nine top 10 finishes, three top 5 finishes and his second career win. He also improved his average start to a 15.5.

“Having Brad step into the ownership role and having that confidence in me early on meant a lot to me,” Buescher said during his post-race availability. “A guy who has won so many races, championships and at the highest level of motorsport in the country, that’s quite a pat on the back when we can’t always show the results.

“I think it’s for me to say that people have been paying attention when we make the best of situations that we’ve been in and do our best to have a 10th on the day and make it a seventh to do, or whatever it may be, and always do it and always give 110%.”