Borthwick and McCall met again in the nostalgic Premiership final 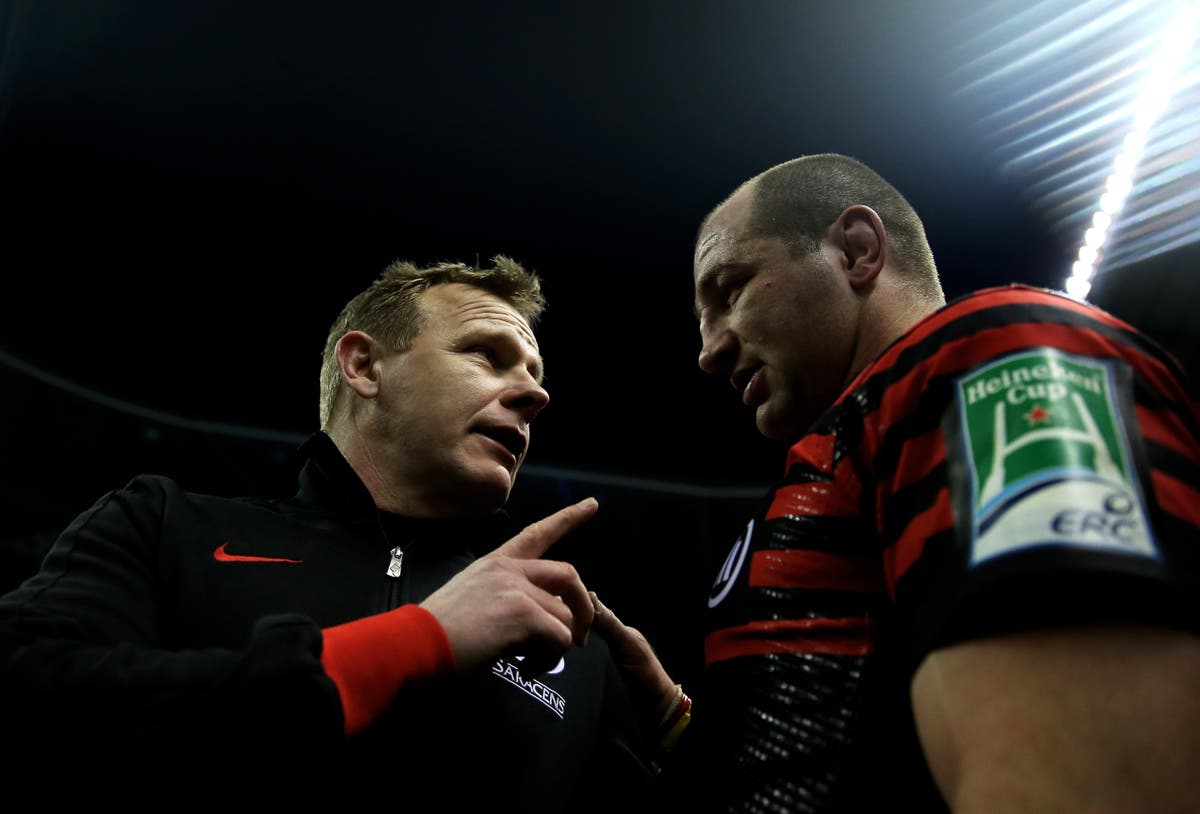 Neither man likes overly nostalgic memories, but when Leicester’s Steve Borthwick and Saracens’ Mark McCall chat before the game at Twickenham on Saturday, it might just be a shared smile at the memory of the last Premier League final between these two sides give . McCall and Borthwick, now in opposition, then basked in triumph as manager and captain after leading the Saracens to the first of the five domestic crowns that now fill the cabinet in their north London home.

It has been eleven years since that encounter, the second of two consecutive flagship decisions that offered the first hints of a change in the Premiership’s dynastic guard, as Leicester’s empire began to fall and the Saracens emerged as ruthless winners, ushering in the next era of would define English club rugby.

How the mighty then fell. When the Premiership took its first steps out of lockdown 22 months ago, that kind of reunion looked pretty far away. Then Leicester and Saracens occupied the bottom two spots in the table, Tigers, who had gradually slipped into the quagmire before a steep fall, were only spared the shame of relegation to the Championship by the sanctions imposed on Saracens for their financial misdeeds.

Borthwick arrived at Leicester that summer to a struggling squad soon to be further destabilized by the departure of several key players following financial difficulties and facing an identity crisis at what is no doubt a low level. The former England assistant has since overseen a rapid revolution, restoring Welford Road as a fortress and bolstering a young side highlighted by shrewd, forward-thinking recruitment.

Like McCall, he is detail oriented but a clear communicator who has grown with the role and recognized his weaknesses. World champion fitness guru Aled Walters has made a significant impression, acting as a good counterpart to the head coach, while the appointment of Kevin Sinfield to oversee defense has proved inspirational.

Although the impending departures of key figures Ellis Genge and George Ford – seeking comfort in Bristol and Sale – add some finality to this game, Leicester’s academy are producing in abundance again and they have the right man at the helm to steer them on – at least until the RFU emerges after the World Cup next year.

Borthwick has an almost cult-like devotion to seeing things game by game, preferring to live neither in the past nor in the future. Perhaps that myopic focus has helped Leicester snap back to prominence so quickly: Leicester became the first side in competition history this season to lead the table from start to finish and not be beaten at home.

“I want us right now, in this moment, to be the best versions of ourselves,” Borthwick said this week ahead of the final.

“After this game we will look at whatever comes next and I don’t worry about what happened in the past. Where we are right now is all we can control. That is this week’s theme.”

Standing in the way at the summit are Saracens, themselves reincarnated after their second division season. While Leicester looked to the fresh prospect of Borthwick to get out of their pit of misery, the new Saracens look like McCall’s serial winners from before. Few players moved on after their demotion, a group of older players decided in a pub in Harpenden that they wanted to stay and fight back, with the aim of returning as soon as possible for the very occasion.

McCall has complemented the continuity with several bright new arrivals – Theo McFarland, a former Samoan basketball international, was a real find – while Ben Earl and Max Malins have been particularly influential after productive loan spells at Bristol. There’s also a sense that the Saracens want to remind more vocal critics that their past successes were about so much more than violating the salary cap.

Maro Itoje and Jamie George spoke Tuesday about how the magic in the championship has brought an already forged quad further together and their belief that it could just be a signature achievement.

“If the last two or three years have shown me anything, it’s that you can’t take moments like this for granted,” said Itoje. “Most Premiership players don’t reach a single final and we’ve been here a number of times and the last couple of years have shown us how precious and special those moments are.

“We don’t want to take anything for granted, we just want to go out there and do our best. I don’t like to organize things, but [winning the final] would be right up there.”

Borthwick’s side have shown their major stage weaknesses in the first half against Leinster in the Champions Cup quarter-finals and against Northampton last weekend, but they have also underscored their resilience this season, particularly in an unlikely one-point win at Welford Road against Saracens in October. As always, the battle between great pals Ford and Owen Farrell on the fly-half following the star turns in the semi-final will be key, while Leicester could see an opportunity to unsettle a Saracen set piece that has been less certain in recent weeks than was usual.

The Premiership final has often reveled in the exuberance of mid-summer heat in recent years, but two pragmatic sides monitored by meticulous conspirators are unlikely to indulge too much. More than a decade after that first day of success together, and for the first time in definitive opposition, Revival architects McCall and Borthwick seek the decorative silver accents of the Triumph to adorn their remarkable conversions.