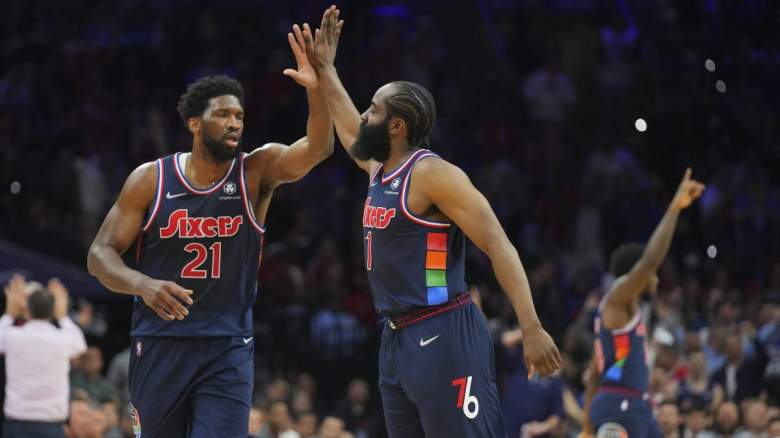 The stage has been set for the NBA season as each team prepares for the start of training camp. Many teams’ expectations are high and the Philadelphia 76ers are certainly the ones feeling the pressure. The organization hasn’t made it past the second round of the playoffs for five straight seasons, and the championship window is beginning to narrow. However, there is plenty of reason for optimism around the team. James Harden has now had a full offseason to get healthy and become better acquainted with his teammates while Joel Embiid remains in the prime of his career. Tyrese Maxey has also made notable progress, becoming the team’s third star.

A recent article by Bleacher Report’s Zach Buckley pointed to these reasons for optimism in his bold predictions for the upcoming season. In addition to some team successes, he expects the Sixers to be active in the year-end awards. The article predicted that Embiid would finally win his MVP award and Harden would find himself back on an All-NBA team.

It’s no secret how close Joel Embiid came to this prestigious award. The Kansas product has ranked second for consecutive seasons and has expressed frustration at how qualifications for the award appear to be changing. The Sixers superstar was the frontrunner in the award for most of last season, but Nikola Jokic swooped in to win it for the second straight year.

If Embiid can repeat his performance from last year, in which he averaged 30.6 points, 11.7 rebounds, 4.2 assists and 1.5 blocks, he will surely find himself among the front runners.

As things stand, Embiid is listed as the second favorite for the award-winning Luka Doncic. Fatigue among voters, as well as reduced touches due to the return of Jamal Murray and Michael Porter Jr, could rule out Jokic from being back in contention. There have only been three players who have been MVPs in three consecutive years (Bill Russell, Oscar Robinson, Larry Bird). Embiid certainly has the ability and will look to break his streak of runners-up in the 2022-23 season.

In the 13 seasons he was in the NBA, James Harden made an All-NBA team seven times. Most recently, he was recognized for that performance in the 2019-20 season in his final full season with the Houston Rockets.

While Harden’s perception has plummeted, his numbers still look strong. In the 21 games he played with the Sixers last season, he averaged 21.0 points, 10.5 assists and 7.1 rebounds per game. He provided the team with the best playmaking they’ve ever seen, and he proved a deadly pick-and-roll partner with Joel Embiid.

After having a full offseason to recover from his lingering hamstring injury and having more time to build chemistry with his Sixers teammates, there’s plenty of reason for optimism about increased production. Much has been said about his decision to turn down his $47.4 million player option this offseason in favor of a more team-friendly deal. The Sixers benefited greatly from the extra money it provided, but the contract also gives Harden an opportunity to exit and negotiate a new deal after this season.

If Harden is on the hunt for another Max contract, he’ll have to prove it with his game. Turning back the clock and producing at a high level will surely make the Sixers comfortable handing him that money. The Star Guard has proven to be one of the top 15 players in the NBA throughout his career and will try again in 2022-23. If that’s the case and Harden secures the All-NBA honor, everyone involved will surely be thrilled.