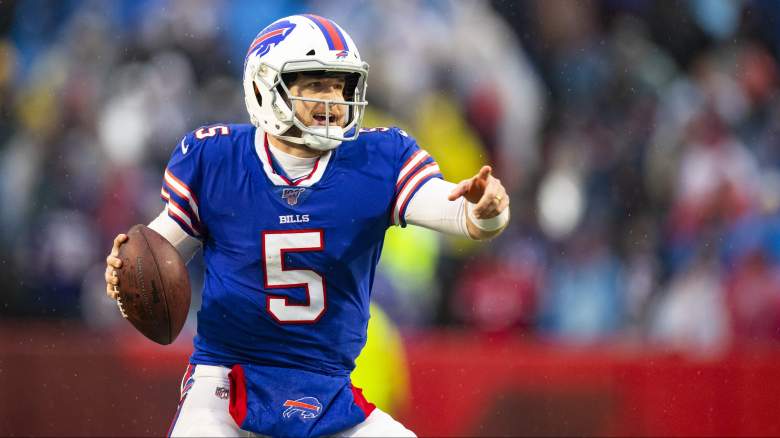 Matt Barkley has brought the Buffalo Bills back after a season away, but the fan-favorite signal caller could have a hard time crafting the team’s definitive lineup.

The 31-year-old quarterback first joined the Bills in 2018, a midseason signing who was pushed into action by injuries that led the Bills to a win over the New York Jets. He developed a close relationship with Josh Allen and became popular with fans, leading to his return this offseason after spending the 2021 season on the practice teams of the Tennessee Titans, Carolina Panthers and Atlanta Falcons.

However, an insider believes Bills fans won’t see much action this season from Barkley, who is unlikely to make the team’s final 53-man roster.

After Barkley served as Allen’s main backup for three seasons, the Bills switched to a more experienced No. 2 in 2021. The Bills convinced former runner-up Mitch Trubisky to join the team in a backup role and convinced him of the idea of ​​developing the same Coaching staff that helped Allen to a breakout season.

When Trubisky left that offseason on free hands, the Bills traded for Case Keenum and re-signed Barkley. Katherine Fitzgerald of the Buffalo News noted that the more experienced Keenum, who was the 2017 Minnesota Vikings starter and led the team to the NFC championship game, has the inside lead to serve as Allen’s backup.

“Barkley’s familiarity with the team could give him an edge over Keenum very early on, but with [offensive coordinator Ken] Dorsey’s offensive adjustments and with Keenum’s experience, it’s an uphill battle,” Fitzgerald wrote.

Since the Bills have mostly kept only two quarterbacks on the active roster under head coach Sean McDermott and general manager Brandon Beane, Barkley would likely be a candidate for the practice team.

While Barkley would have a hard time finding playing time next season as long as Allen and Keenum remain healthy, he could still play an important role for the team. Allen has spoken out about the importance of having some familiar faces around, and Barkley served as Allen’s mentor during his rookie season.