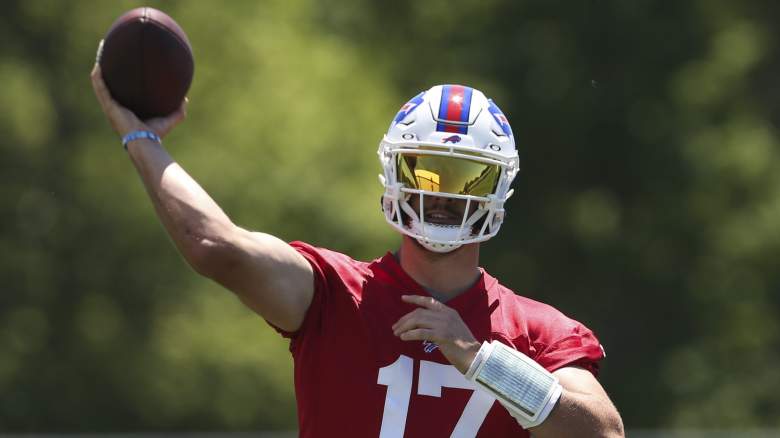 The Buffalo Bills’ training camp finally got the pads rolling and it didn’t take long for things to heat up.

Video from Saturday’s practice showed quarterback Josh Allen getting upset after scoring and then turning to put Jordan Phillips on the defensive. The incident sparked a scrum that prompted coaches and teammates to step in and separate the pair.

The incident happened towards the end of the team’s morning practice session on July 30, when the offense was working on a two-point conversion attempt near the goal line. As pointed out by WGR 550’s Sal Capaccio, Allen seemed to have a problem with a high hit from Phillips.

“Josh Allen only got heated when he got bumped on his way to the end zone.” Capaccio tweeted. “Flipped and shoved DT Jordan Phillips. A bit of a scrum broke out with a lot of people participating.”

Some insiders dismissed the scrum as an inevitable consequence of the players putting on pads for the first time at this training camp. The team’s first full week of training had been padless and with only light contact.

“Mitch Morse said Bills has been here a full week and the blocks are going on.” tweeted Siracuse.com reporter Matt Parrino. “Boys don’t sleep well and it’s more physical when pads are on. Things like an exchange between Josh Allen and Jordan Phillips will happen at camp.”

Others believe the dustiness was a bit of an overreaction. WROC-TV reporter Thad Brown said Phillips’ strike didn’t look too hard and believes Allen exaggerated a bit in showing the defensive end.

After investing $258 million in Allen last August, the Bills have made it clear his health is their top priority. Bill’s general manager Brandon Beane said this offseason the team is making upgrades on the offensive line to ensure Allen stays well protected.

“First thing I’m going to do is try to protect him,” Beane said. “Like I said before, I have to make sure the O-lines are in place and that we trust them. But beyond that, always looking for the different pieces.”

McDermott has also hinted that offensive plans could change a bit to keep Allen out of the way. That means limiting the number of draft runs he has, which has been a staple on offense since Allen’s rookie season.

“We’re always trying to evolve – on the field, off the field, schematic – and in this case with Josh’s racing or the number of times we run him, we have to evolve in that way and make sure we do it are doing right by him by doing right by our team,” McDermott said via NFL.com. “So we’re going to be watching it closely. But the one thing we will never take away from Josh is his competitive nature and fighting spirit. So if he’s going to do it, he’ll do it.”