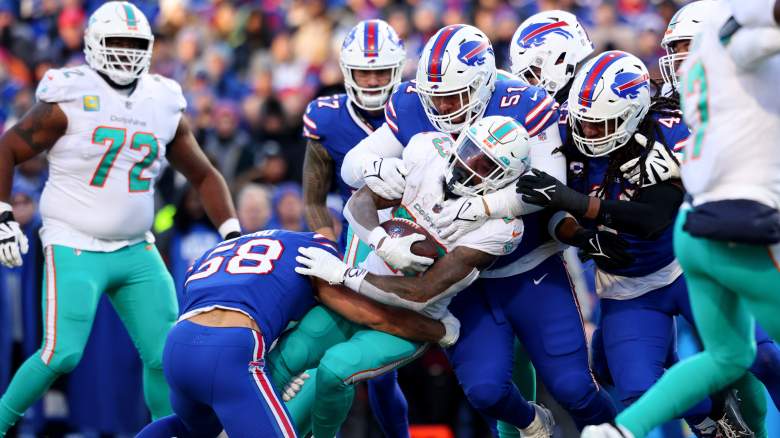 The Buffalo Bills made two potentially significant roster changes a day before their showdown with the Cincinnati Bengals.

On January 21st, the team announced Kingsley Jonathan and defensive tackle Eli Ankou were lifted from the practice team. While Jonathan looked strong in his only appearance this season, insiders took the raises as a sign that two key starters were in danger of missing the game.

As Syracuse.com’s Matt Parrino noted, the Bills may have called up Ankou and Jonathan to replace two injury-plagued defensive-line starters.

“Bill’s defensive tackles DaQuan Jones (calf) and Jordan Phillips (shoulder) are both listed as questionable for Sunday,” Parrino wrote. “If one or both can’t go, the Bills might consider taking it [Shaq] Lawson or [Boogie] Basham inside in a couple of places and that could allow Jonathan to get some run. Ankou played 18 snaps last week in place of Phillips, who had limited practice this week.

As noted by Parrino, Jonathan had a strong performance against the Chicago Bears on December 24, registering a quarterback press on Chicago’s Justin Fields and making a tackle for a loss.

Jonathan was with the Bills during training camp and joined the Bears after being fired. He appeared in five games for the Bears, recording 35 snaps on defense and eight more on special teams. His best performance came in the team’s loss to the Detroit Lions on November 13, when he made two tackles.

The Bills’ defensive line will face an injury-plagued Bengals line. Left tackle Jonah Williams and right guard Alex Cappa were both ruled out of Sunday’s game earlier in the week, while right tackle La’el Collins has been out since suffering a cruciate ligament rupture in Week 16.

Bengals coach Zac Taylor said the reserve team had been working on communications, which could be important in what is likely to be a noisy Highmark stadium on Sunday.

“I thought they did a good job,” Taylor said of the new group. “I think they’re ready to go and take their chances.”