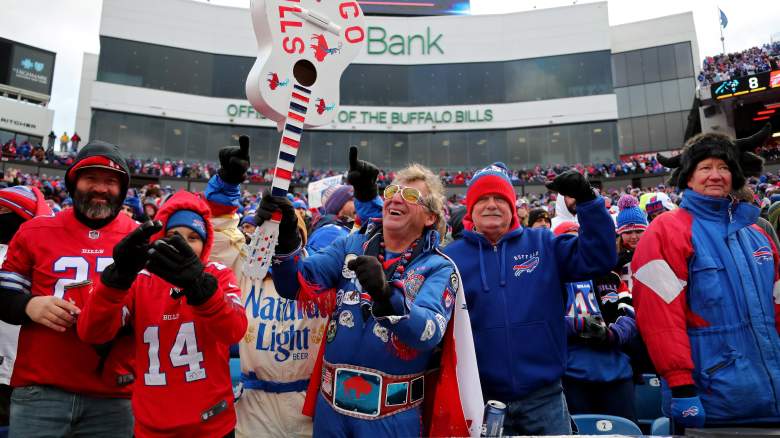 Buffalo Bills fans have earned a reputation for being some of the most dedicated in the NFL, but low demand for tickets to the team’s first public-view home playoff game in a quarter-century has prompted some New England Patriots media outlets to target them on Bill’s mafia.

A day before the team’s Saturday night showdown with the New England Patriots, thousands of tickets were available on the secondary market, priced as low as $26. While there are a number of factors behind the lower demand — chiefly the historically cold forecast — some Patriots media members took the opportunity to lash out at Bills fans.

The Bills are preparing to play Saturday’s game in what may be the coldest conditions in franchise history. Temperatures at Orchard Park are not expected to leave the single digits and could be near 0 at the time of kickoff, which WGRZ in Buffalo says could be the coldest ever played at Orchard Park in terms of actual temperature. The current record is held by Buffalo’s 1994 Divisional Playoff game against the Los Angeles Raiders, which also had a temperature of 0, although Saturday’s game is expected to be nowhere near the wind chill of the 1994 game, which was played between – 10 and -20 degrees.

While temperature is likely the driving force behind the number of tickets available — along with a few other factors, including border restrictions holding back the large contingent of Canadian fans — some Patriots media blamed Bills fans instead. SB Nation’s Pats Pulpit claimed, “It seems like #BillsMafia isn’t overly keen on his team making the NFL playoffs, at least judging by current ticket prices.”

The report pointed out that Bills tickets were cheaper than tickets to any other playoff game scheduled for the upcoming weekend, and just a few paragraphs later he mentioned the cold temperatures before again targeting Bills fans.

Others also noted slow ticket sales for the game, which is the first full-capacity playoff home game since the 1996 season.

But it wasn’t just the Patriots media that noticed the lower attendance at Bills games. As Bradley Gelber of USA Today’s Bills Wire pointed out, even Bills coach Sean McDermott had his say on the season finale, as the Bills clinched their second straight AFC East title by beating the New York Jets.

While cold temperatures are keeping ticket demand low, the forecast doesn’t seem to bother Bills players, including Stefon Diggs. The receiver pointed out this week that he has played in colder conditions before, a January 2016 playoff game against the Seattle Seahawks when he was a member of the Minnesota Vikings. The temperature for this game dropped to -6 with a wind chill of -25.

Diggs said Saturday’s competition will be nothing compared to this game.

“It’s just getting so cold, brother. My fingers get cold, toes get cold,” Diggs said. “As soon as you get off [the field the trainers are] like, ‘Do you need a coat?’ And you just say, ‘No, get away from me.’ But they’re always there for me, so I have a feeling I’ll be fine. … I’m not much of a whiner, and I’ve played in one of the coldest games in history, like the playoffs against Seattle at Minnesota Gophers Stadium. It was like something negative. So this is nothing. I’ll be fine.”