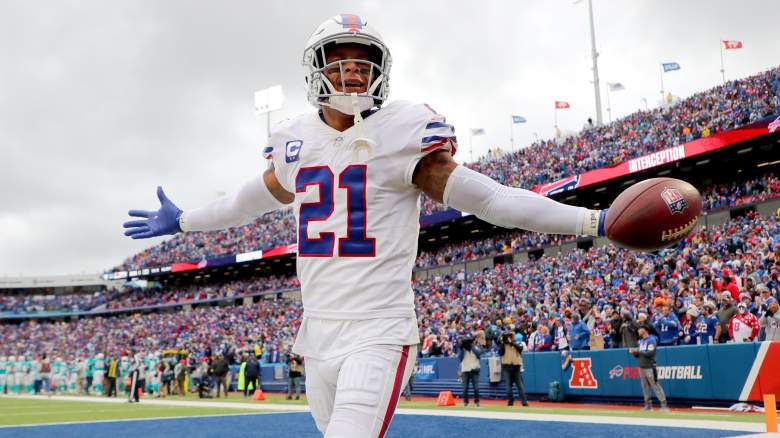 The Buffalo Bills have been hard at work filling holes in their secondary school through the draft and undrafted free agency, but one analyst suggests the team could create a big new hole in the name of maintaining locker room harmony.

Jay Skurski of the Buffalo News suggested the team could part ways with All-Pro safety Jordan Poyer this offseason so one of their younger players could take Poyer’s place alongside fellow All-Pro Micah Hyde.

In response to a fan’s question about which player could be a surprise this offseason, Skurski suggested that Poyer’s place on the team might not be as set in stone as fans would believe. He noted that Poyer had been pushing for a new contract, creating tension with the front office.

“We all know he’s been asked for a new deal, and as he enters the final year of his contract the Bills probably want to avoid any kind of distraction as much as possible,” Skurski wrote. “Had the team taken a safety in the early rounds of the draft it would have increased that possibility. Still, they have a couple of young players – Jaquan Johnson and Damar Hamlin – who have been there and know the system.”

Skurski stressed that the situation was still unlikely, but if the Bills felt either Johnson or Hamlin were up for the job, Poyer could become expendable. The Bills have already been working to fill the holes in the secondary after cornerback Levi Wallace departed and Tre’Davious White is expected to miss part of the season through injury by first-round picking cornerback Kaiir Elam.

Skurski also suggested there could be another, more likely but less shocking, candidate who could be cut – wide receiver Isaiah McKenzie, who has competition for his slot receiver position from free agent Jamison Crowder and rookie Khalil Shakir, who 148th overall in the recently completed NFL Draft.

Poyer has made it clear he wants to join teammate Stefon Diggs in a bid to secure a major new overtime. Poyer’s wife Rachel Bush also retweeted and liked messages calling for a new deal. The Athletic’s Tim Graham reported that Poyer signed with mega-agent Drew Rosenhaus, who approached the team about a contract extension.

But Bill’s general manager Brandon Beane has expressed some concerns about giving Poyer a new deal. Speaking to reporters on April 22, Beane appeared to single out Poyer and Rosenhaus for going public with their contract negotiations, saying not every player who wants a new contract will get one.

“Yeah, I mean it’s hard. There are other people here who want to get paid too,” Beane said of The Athletic’s Joe Buscaglia. “I know there’s one in the public eye, but that’s not the only player’s agent this offseason to get up on the Bills and say, ‘What about my husband, what do you think? Is there a plan now? Is there a plan after the draft? Is there even a plan?’ We’ve had these conversations, and it happens every year. Some dig into the media for some reason, whether it’s a player not showing or the agent discussing it.

Beane tended to keep those negotiations out of the public eye, as he did with Diggs before the team announced his new four-year, $96 million deal.