Bills brings back Rookie CB a day after the unexpected release 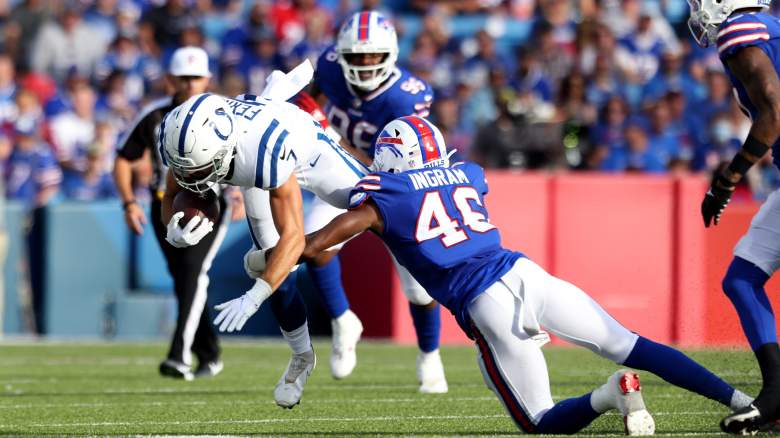 A day after a release that confused some analysts, rookie Ja’Marcus Ingram is back with the Buffalo Bills.

The undrafted rookie joined the Bills in May, a hometown product playing his senior season at the University of Buffalo. He played his way up from the practice team and appeared in two games when the Bills were hit by a series of injuries, but was fired Monday after playing more than a quarter of the team’s defensive snaps against the Pittsburgh Steelers .

Although some insiders believe the move could have been a prelude to the return of another rookie cornerback, the Bills have yet to make that move and re-signed Ingram on Tuesday.

When Ingram was sacked on Monday, some thought it was a hint that rookie cornerback Christian Benford was about to return from a broken hand that kept him out of the last two games. The sixth-round pick made a strong impression in three games and secured a spot on the starting lineup alongside fellow rookie Kaiir Elam but had to undergo surgery after breaking his hand.

Syracuse.com’s Matt Parrino There was speculation on Monday that Ingram’s release could say something about Benford’s willingness to return.

“#Bills The release of Ja’Marcus Ingram is very interesting,” he tweeted. “Could indicate Christian Benford is close to returning. I’m not sure if it’s a Tre White move because I still think it’s going to need some practice. But only Bills knows where he is and the plan to bring him back.”

The Bills have yet to give any indication as to whether Benford might be ready to come back, but Ingram has rejoined the team. The team announced that Ingram was added to the practice team along with wide receiver KeeSean Johnson, while undrafted rookie free agent Jaquarii Roberson was fired. Roberson joined the practice squad last week, just a day after being sacked by the Steelers.

Ingram is viewed as a long-term prospect but may have the right tools to become a regular collaborator. As noted by Mark Gaughan on the Buffalo News, he’s a good height at 6ft 1, 185lbs and ran a 4.60 second time in the 40 yard dash on the UB Pro day.

Ingram said at the time that his physicality made him a good fit for the Bills, who value physical corners.

After losing a number of starters on both sides of the ball earlier this season, the Bills have regained a number of key players. Wide receiver Gabe Davis was struggling with an ankle injury but was back to full health against the Steelers, catching three for 171 yards and two touchdowns.

On the defensive side, tackles Ed Oliver and Jordan Phillips returned from missing games. All-Pro cornerback Tre’Davious White is also eligible to return after spending four weeks on the unfit list, but head coach Sean McDermott hasn’t indicated when he might return to practice.

McDermott said the team is headed in the right direction after serious injuries.

“We’re at a pretty good point with some of these guys getting healthy,” McDermott said of Buffalo Rumblings. “Last week we stopped some guys who were approaching.”