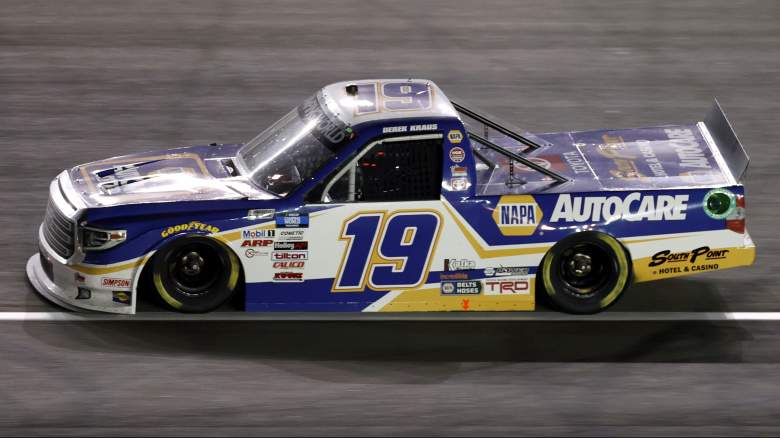 One of the teams in the NASCAR Camping World Truck Series will show a different look during the 2022 season. Bill McAnally Racing / McAnally-Hilgemann Racing has announced a move from Toyota to Chevrolet. The organization also announced an alliance with GMS Racing.

“Chevrolet is excited to partner with McAnally-Hilgemann Racing as one of our truck series teams for 2022,” said Dayne Pierantoni, GM Racing Program Manager for the NASCAR Camping World Truck Series, in the press release. “Bill McAnally has demonstrated his commitment to championship teams over the years and his record speaks for itself. With Bill’s commitment to working with our existing partners under the Chevrolet banner, we expect great results from his organization. “

Bill McAnally Racing will operate from a GMS Racing building in Statesville, NC as part of the new alliance with the masterful organization. The racing team has won two championships (2016, 2020) since it was founded in 2014. GMS Racing has also won an ARCA Menards Series Championship (2015), two ARCA East Championships (2019, 2020) and the 2020 Sioux Chief Showdown title.

Howard previously competed in the Xfinity Series, competed with Gary Keller in 22 races for JD Motorsports in 2020 and drove the No. 15 Chevrolet on various tracks. He consistently fought his way into the top 20 and achieved a best result of the season of 12 on August 28, 2020 at Daytona International Speedway.

Howard returned to JD Motorsports for the 2021 season, completing 21 starts in the No. 15 Chevrolet, however, the driver confirmed to TobyChristie.com on September 10 that he and JD Motorsports are separating. Howard told the outlet that the Truck Series deal did not affect the decision to leave JD Motorsports. Instead, he cited a disagreement over funding.

When Bill McAnally Racing announced that Howard had signed a deal, the team cared about the future of Derek Kraus. McAnally told Frontstretch’s Davey Segal that the number 19 rider will return in 2022. He specifically said that Bill McAnally Racing was working to close a deal and would announce it at a later date.

McAnally reiterated the negotiations in the press release on the change of manufacturer. He said the team is still working on the details of Kraus’ deal and that there will be an announcement when it is final.