Bill Belichick has another less than friendly exchange with Vikings Star 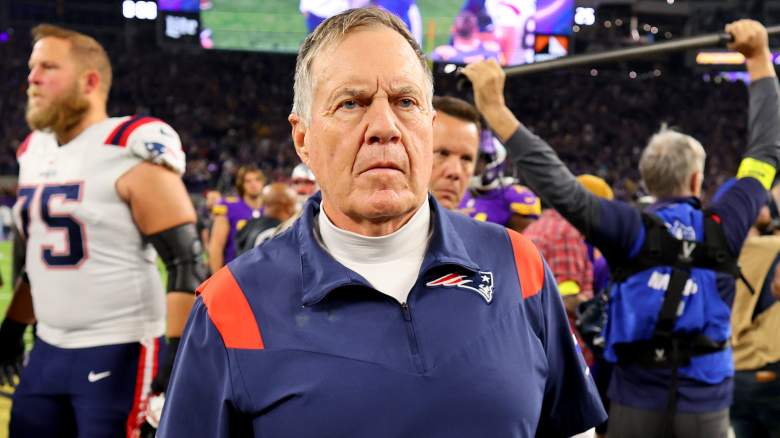 The New England Patriots and Minnesota Vikings fought an entertaining battle on Thanksgiving night. The Vikings prevailed 33-27 in a game in which the Patriots had multiple winning chances. With the final ticks ticking down, a postgame exchange between Patriots head coach Bill Belichick and Minnesota star receiver Adam Thielen was far from friendly.

It seemed clear that Belichick didn’t want any part of a friendly handshake or even much eye contact with Thielen. What is the problem between these two? It may date back to an exchange between the two in December 2018, when Belichick appeared to tell Thielen to “shut up.”

Check out the video in the tweet below Mostly football:

You won’t find many instances where a player gets under the skin of Belichick enough to provoke a public reaction. As Cole has hinted, Belichick and Thielen may still not have reconciled, and the former was likely even more irritated after his team dropped the game on Thanksgiving and ended his three-game winning streak.

Yes, the offense faltered a bit in the second half, but Mac Jones had his best game of the season. Jones didn’t just stay away from sales; He also threw for a career-best 382 yards with 2 TD passes.

Jones took three sacks, although not all were his fault. In any case, he played well enough for the Patriots to win if they had been slightly better at other stages of the game.

The Patriots’ top running back was undeterred as he rushed for a modest 36 yards on just seven carries, which was an impressive 5.1 yards per rush. Stevenson had nine receptions for team-high 76 yards. His breakout season continues to look more impressive, but you have to wonder if New England gave up the running game too soon.

Parker caught all four passes thrown to him en route to an 80-yard drive. Despite not finding the end zone, he was a major threat throughout the game.

The Patriots’ hulking O-lineman wasn’t having his best night. On a crucial play in the fourth quarter with the Patriots 33-27 behind, Brown inexplicably tried to block the Vikings’ Danielle Hunter.

Needless to say, it didn’t work and Jones was fired. The game lost what could have been the game drive and Jones almost got injured.

Normally, New England special teams play solid. While kicker Nick Folk did his best to ensure the Patriots picked up points on their mostly-missed visits to the red zone, the coverage team let Belichick down. This was never more evident than with Kene Nwangwu’s 97-yard kickoff return for a TD in the third quarter.

The Patriots had opened the second half with a strong drive, but the big kick return snapped them back to the Vikings.

Thanksgiving wasn’t going well for Mills. The Vikings seemed to find him taking cover all night, and he was a victim on Minnesota’s green TD pass to Thielen.