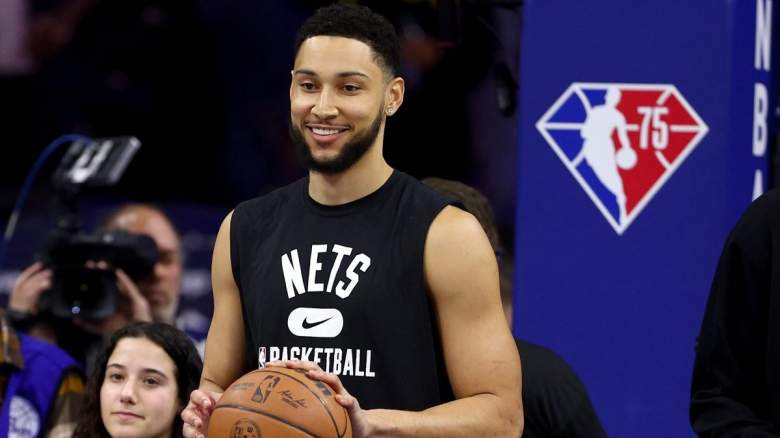 The Brooklyn Nets begin their 2022-23 season on October 19 when they face Zion Williamson and the New Orleans Pelicans in their home game. The Nets are starting this season fresh from a tumultuous summer in which the future of their franchise cornerstones Kevin Durant and Kyrie Irving seemed uncertain, so starting the season with both is a plus for the franchise.

But perhaps even more exciting for Nets fans is the debut of three-time All-Star Ben Simmons, who was acquired in the James Harden deal last season. Many people have questions about how effective Simmons will be for the Nets since he hasn’t played in the NBA in over a year. But the newly acquired Nets star says he’s ready and keeping an eye on all his critics.

“I watch everyone and what’s being said,” Simmons said of former Sixers guard JJ Redick on the latest episode of his Old Man & the Three podcast.

“I will train and get better. It is what it is. And that’s just part of the game. If I was a shitty guy and people didn’t care, people wouldn’t mention my name.”

Simmons was acquired by the Nets in February. He was due to make his debut before the start of the postseason, but a back injury sidelined him for the remainder of the season, eventually requiring surgery in May. Simmons said the flare-up happened just before the playoffs when he was walking up the stairs.

“I had back pain when I was working out,” Simmons told Reddick.

“Then when I tried to jump up the stairs my whole right side just fell off and as soon as I went up the stairs I lay down and couldn’t move.”

The Nets will finally get a chance to debut their all-star trio of Durant, Irving and Simmons. The addition of the former Sixers star brings a new dynamic to the Nets roster. That was the addition of an elite defender, which Brooklyn, with Harden as a third star, was missing.

And on offense they have an excess of talent with role players like Joe Harris and Seth Curry to compete with their all-star trio. Simmons describes his new team as the Sixers, but “on steroids.”

“I think just like the talent we have and the kind of players we have. We’ll be able to walk the floor easily. You know Claxton can run it and moves incredibly well, Kev, Patty, Kai, Joe, we just got Royce, another great three-and-D guy. I’m missing people, but I think this team is a great fit for what I’m doing and what I’m bringing to the game right now. I feel like Philly on steroids,” Simmons added.

“It’s exciting to know that I’ll be playing with these guys and know their games. For example, I don’t have to guard Kai and Kevin?”

The date for Simmons’ Nets debut is fast approaching. It will be interesting to see what he brings to the table.