Bears sign ex-Vikings starter to 1-year deal worth up to $12.5M 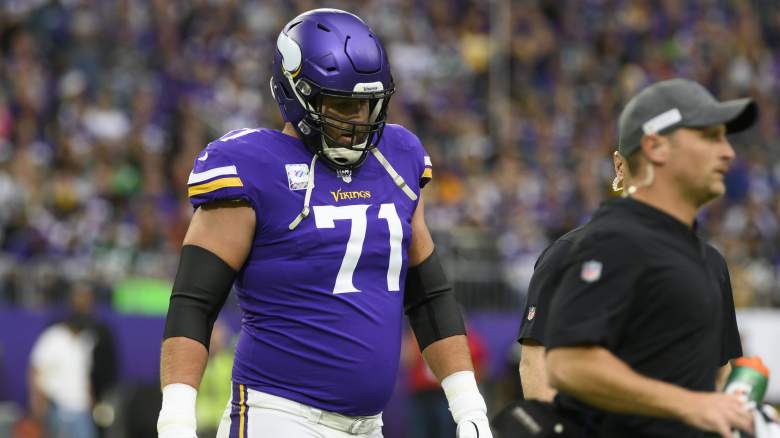 The day the veterans reported for training camp, the Chicago Bears made one of their biggest free-agent acquisitions of the year.

The Bears will sign former offensive lineman Riley Reiff from the Minnesota Vikings, Detroit Lions and Cincinnati Bengals, an NFL insider first reported Adam Scherter. Bears general manager Ryan Poles confirmed the signing at a news conference shortly thereafter. According to Schefter, Reiff’s is signing a one-year deal “worth up to $12.5 million, with $10 million likely guaranteed.”

A first-round pick (23rd overall) for the Lions in 2012, Reiff spent his first five seasons in Detroit, starting in 69 games before moving to Minnesota in 2017. He played for the Vikings for four years, starting in 58 games during that span. He left for Cincinnati last year, endured a lonely season with the Bengals and will now be the favorite to start with the right tackle, although the team have not confirmed which position he will play in.

Reiff, 33, has been a fixture in the league since his call-up in 2012. In his 10 years in the NFL, he never missed more than five games in a season. An ankle injury brought him to IR last season but he played well in the 12 games he started.

While he has mostly played left tackle throughout his career, Reiff received an overall score of 67.3 from Pro Football Focus in 2021 for playing right tackle. In 711 snaps played at RT, Reiff allowed 21 total pressures, three QB hits, and four sacks per PFF. He was also only flagged once last year and has only been penalized twice in his last 27 starts.

The 6-foot-5, 313-pound Reiff is a solid pickup for the Bears. He is versatile and has played over 6,900 snaps on LT and 1,599 snaps on RT. He has 139 career starts and has generally been good at both blocking runs and protecting ends.

With the recent additions of Schofield and Reiff, Chicago has gained a decent amount of experience that will not only improve the offensive line, but both vets should give the team’s younger players some valuable insight as well as some extra development time.

“We’re in a much better position with these guys on our roster than we were 24 hours ago,” Bears coach Matt Eberflus said of the team’s recent signings. per NBC Sports’ Josh Schrock.

Reiff will likely be the team’s starting LT, and Schofield is the favorite to start RG, which will give younger players like Sam Mustipher, Teven Jenkins, and Braxton Jones more time to learn and grow into their roles. That’s still up in the air, however, but with the team’s first practice session scheduled for July 27th, we’ll know soon enough how its latest acquisitions will fare.