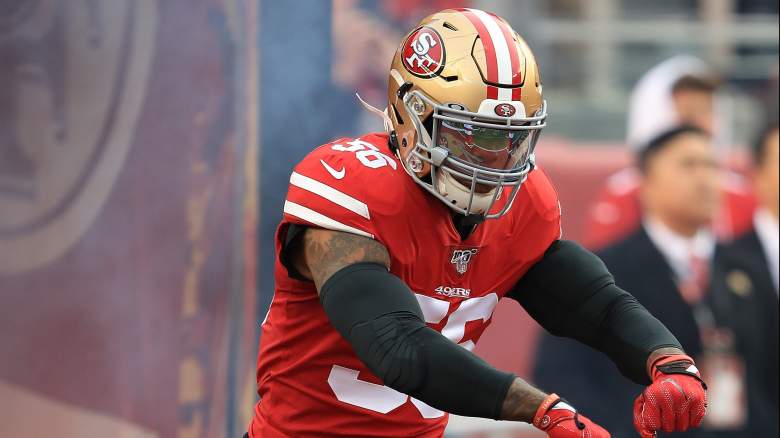 Inside linebacker is one of the bigger question marks on the Chicago Bears roster heading into camp.

Defensive leader Roquan Smith is a suspension at middle linebacker while free agent acquisition Nicholas Morrow will start on the weak side, but things get a bit fuzzy after that. Matthew Adams, also a free agent who signed with Chicago this offseason, is currently the top strong-side linebacker listed on ESPN’s depth chart.

But Adams was arrested last month and charged with gun possession, and his inexperience (he’s only started nine games in his four-year NFL career) coupled with possible time lost to a league punishment as a result of his arrest in June make him the obvious weak point the ILB.

Jack Sanborn, an undrafted free agent from Wisconsin, is the only other player on the depth chart listed at SLB, behind Adams, so adding a free agent who could help Smith and Morrow in three-backer defensive sets wouldn’t be a veteran, bad thing .

An analyst has made an interesting suggestion for Chicago in this regard.

Bleacher Report’s Jake Rill noted that the Bears “may want to sign a veteran who goes to training camp to bolster the unit,” and suggested former San Francisco 49ers and New Orleans Saints linebacker Kwon Alexander to help them out to give depth.

“If the Bears are looking to sign a free agent to fill that third linebacker spot, Kwon Alexander is still in the market,” Rill wrote on July 11. “If they’re not signing him or anyone else, then they’ve either done so by relying on inexperienced players or by minimizing the frequency with which they use three-linebacker sets during the game.

While the Bears’ new head coach, Matt Eberflus, hasn’t used many three-linebacker sets in his defensive plans — at least he didn’t when he served as defensive coordinator for the Indianapolis Colts — Chicago could still benefit from having a middle linebacker with add decent experience. Alexander could offer that – but would he be worth taking on an aviator?

Alexander, who was the 2015 fourth-round (124th overall) draft pick for the Tampa Bay Buccaneers, spent his first four seasons with the Bucs and reached the Pro Bowl in 2017. In 2019, he signed a four-year, $54 million deal with the 49ers, but injuries plagued him during his time in San Francisco, and he was traded to the Saints in 2020.

Alexander tore his ACL in Week 7 of the 2018 season and he tore his chest in Week 8 of his 2019 campaign. After being traded to the Saints, the injuries continued. He tore his right Achilles tendon on Christmas Day 2020 against the Minnesota Vikings and after recovering in time for the 2021 regular season, he suffered an elbow injury that sidelined him in weeks 2-6.

He returned to action, however, and in 12 games with the Saints last year, Alexander, who turns 28 on Aug. 3, finished with 50 tackles, 3.5 sacks, one interception, one forced fumble and one fumble recovery, according to the pro FootballReference.

His injury history is worrying but he would not be used often enough to put a heavy strain on his body. If healthy, Alexander would be worth searching for a Bears team that could benefit from his experience. He has 74 league-star ratings, as well as 521 total tackles (43 for losses), eight interceptions, 12.0 sacks, five fumble recoveries, 10 forced fumbles, 32 passes defended and a defensive score.