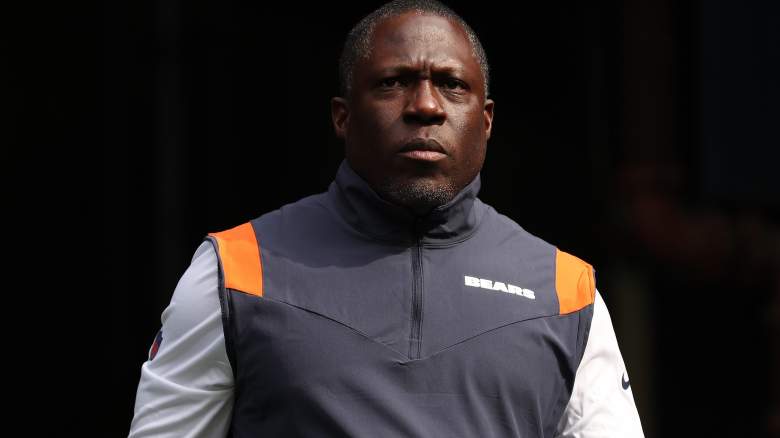 The NFL’s oldest rivalry will write another chapter in Week 2 when the Chicago Bears travel to Lambeau Field to take on the Green Bay Packers.

After Green Bay’s surprise loss, many analysts are wondering if Rodgers can get on the same page with his fledgling receiving corps. The reigning MVP completed 22 of 34 passes for 195 yards, no touchdowns and one Interception Week 1, but Bears defensive coordinator Alan Williams isn’t buying what the national media has been selling about Rodgers and the Packers.

The last time Chicago made the trek to Green Bay, Rodgers and co. totaled 439 yards in offense. Rodgers threw for 341 yards and four touchdowns, and Green Bay won convincingly, 45-30.

Williams knows his defense can’t make many — if any — mistakes against Rodgers if they want to leave Lambeau with a “W.”

The Packers have won 15 of their last 17 games against the Bears, and they’re on a six-game winning streak before their Week 2 clash. Williams says all 11 guys on defense need to be at the top of their respective games if they’re Rodgers want to annoy.

“He’s super accurate,” Williams said of the Packers QB. “You’re not going to fool him, so he can put them on the right play, he can check out plays, he doesn’t make a lot of mistakes, that’s a big deal. He’ll try to get to you with substitutions and things like that, so we have to be keen on how we execute the game plan.

It will also be crucial for pass rushers Robert Quinn, Al-Quadin Muhammad and Dominique Robinson to win their one-on-one battles against the Green Bay O-Line.

“He’s hard to get to with four guys so you have to pressure and fill the holes so he can’t escape – remember I said he was the biggest b-gap escape guy so did you push it You gotta get guys on him. You have to try to make him uncomfortable and bring more than four to come home,” Williams said, also revealing what he told his players about the big matchup.

Williams emphasizes that despite Green Bay’s struggles over the past week, the Packers are an elite team, and just because media outlets are questioning Rodgers’ chemistry with his receivers doesn’t mean the chemistry won’t come.

“Not falling into the trap of saying they don’t have a #1. We’re trying to tell the guys, ‘Don’t drink the Kool Aid of what the media is trying to sell, there’s gloom and doom in Green Bay. Don’t fall into this trap.’ … The quarterback — don’t underestimate the power of great leadership. He’s a great leader and he’ll get these guys in shape.”

With the Bears 1-0 and the Pack 0-1, it’s a rare early-season clash that matters for both teams. We’ll see if Williams and his defense can do enough to finally stop the QB that has been destroying them for well over a decade.