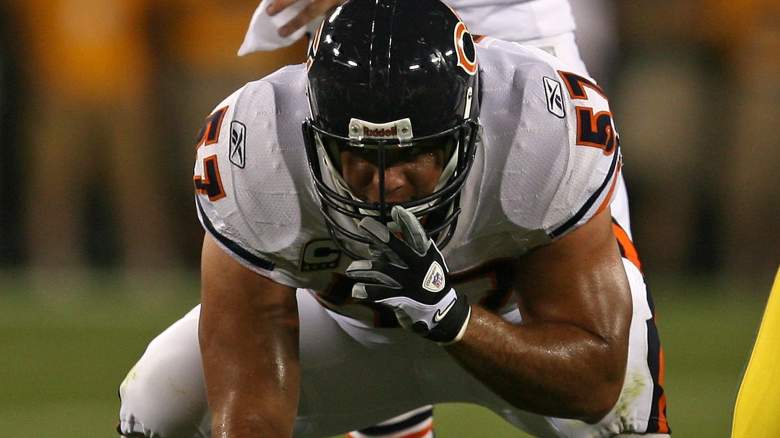 Chicago Bears legend Olin Kreutz has been fired from his job as an analyst for Chicago’s CHGO Sports for assaulting a colleague, according to a May 2 media release.

Shortly after the alleged incident, which occurred on the morning of May 2, CHGO Sports released the following statement via Twitter:

“An incident occurred on Monday morning in which Olin Kreutz physically attacked a CHGO employee. Olin Kreutz is no longer with CHGO with immediate effect. Although we were shocked by the incident, we are grateful that the employee is doing well. The health and safety of our employees is of the utmost importance and we will not tolerate any action that jeopardizes this.”

Kreutz, who has worked in the media in some capacity since 2015 after retiring, responded by retweeting CHGO’s statement, along with a picture of boxer Mike Tyson and the quote: “Social media has made you all way too comfortable , not respecting people and not getting slapped in the face for it.”

While details of the incident, including who Kreutz allegedly attacked and why, remain unknown, the former All-Pro center doesn’t seem to deny coming into physical contact with a colleague.

Analyst Max Markham shared the following video of CHGO’s Will DeWitt taken on day one of the new media company’s launch in March 2022. In the clip below, DeWitt describes a fun first day of media analysis that also included some “soft ribs” from Kreutz to himself and fellow CHGO analyst Nicholas Moreano. That certainly doesn’t mean it was allegedly either Moreano or DeWitt Kreutz, but it does suggest that there may have been some tension at CHGO from the start.

The former NFL center, who has spent 14 seasons in the league (13 in Chicago, one in New Orleans with the Saints), has made headlines in the past for altercations with former teammates. Kreutz broke the jaw of former Bears teammate Fred Miller in 2005, and the same thing happened in 1996 while playing college ball at the University of Washington. Kreutz also broke the jaw of his ex-teammate, defensive tackle Sekou Wiggs.

There was also the slap.

Former Bears wide receiver Earl Bennett, who played for the team from 2008 to 2013, shared the following story on his blog about Kreutz beating former linebacker Hunter Hillenmeyer during team practice:

Although Hillenmeyer hasn’t discussed the slap publicly, he did say this: “I hated coming into work for Olin,” Hillenmeyer told WSCR-AM 670’s Matt Spiegel and Laurence Holmes in 2013 via CBS Sports. “Because he was an idiot.”

In addition to his job as an analyst at CHGO Sports, Kreutz has worked for NBC Sports and 670 The Score since retiring from football.