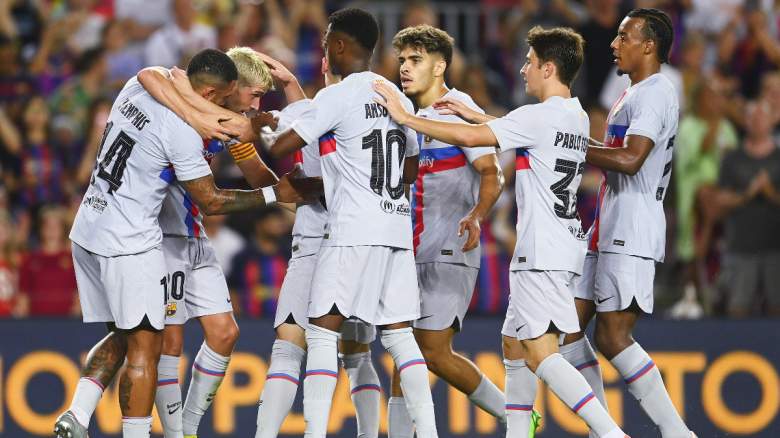 Barcelona striker Memphis Depay picked up an injury while on international duty for the Netherlands. The attacker had to be substituted in the second half of his side’s 2-0 Nations League win on Thursday 22 September.

Netherlands coach Louis van Gaal gave an update on Memphis after the game didn’t sound particularly positive. He said, “It’s a shame Memphis had to go with this injury, it’s not looking good and I don’t see him playing against Belgium on Sunday.”

Van Gaal also replaced Barcelona midfielder Frenkie de Jong at half-time but had a more positive update on the Dutchman. He told reporters “He felt some tightness in his muscles so I took his clothes off, but Frenkie told me he expects to be ready to play against Belgium.”

The injury news is not welcomed in Barcelona as the Catalan giants face a hectic schedule in October. Xavi’s side will play nine games in all competitions, including a Clasico against fierce rivals Real Madrid.

Barcelona also have some important games to play in the Champions League. The Catalans will face Inter twice and then host Bundesliga champions Bayern Munich at the Camp Nou.

On the injury front, there was more bad news for Barcelona from France. Central defender Jules Kounde had to be substituted midway through the first half in the Bleus’ win against Austria.

Kounde has been in excellent form for Barcelona since joining from Sevilla but may also remain on the sidelines for some time. France coach Didier Deschamps confirmed after the game that Kounde had sustained a muscle injury.

The defender has featured at both right-back and centre-back for Barcelona this season, although it’s worth nothing that Xavi has a multitude of options when it comes to his defence.

The Catalans also have some time before returning to action after the international break. Barcelona’s next game doesn’t come until Saturday, October 1, when the Catalans take on Real Mallorca in La Liga.