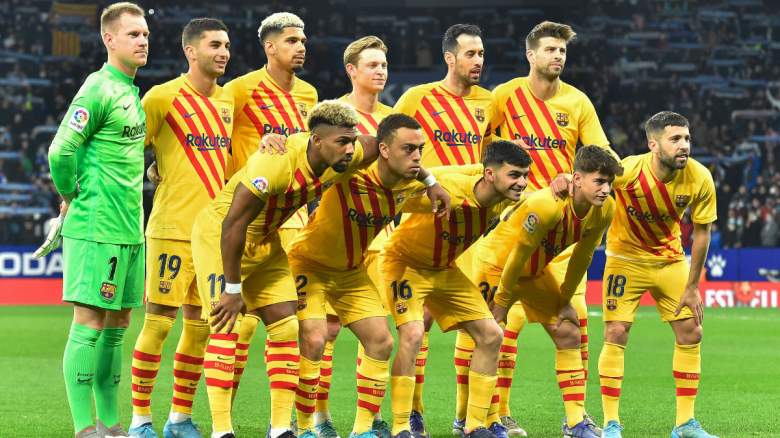 Barcelona are expected to be busy during the summer transfer window as the club look to strengthen the squad despite ongoing financial woes and La Liga’s salary cap.

The Catalan giants are expected to make sales to boost revenues and have slapped a €25m price tag on USMNT full-back Sergino Dest, as reported by Marca’s Luis F. Rojo.

Manager Xavi is aware of the youngster’s potential and there is no guarantee he will leave the club this summer. However, Barcelona will ‘consider his exit’ if ‘a good offer arrives’.

Dest only joined Barcelona from Ajax from the Eredivisie in October 2020 on a five-year deal for an initial fee of €21m. The full-back has made 72 appearances in all competitions for Barca, scoring three goals.

Barcelona have offered Premier League club Manchester United a chance to sign Dest, Graeme Bailey reported in 90 Minutes. The Red Devils are “longtime admirers” of the American and such a move would see him reunite with former manager Erik ten Hag.

The Dutchman will take over at Old Trafford at the end of the season and “is interested in a potential deal for Dest”, although right-back is not a priority position for him to strengthen.

Bailey adds that “sources close to the camp” believe the Barcelona youngster would “seize the chance” to play for Ten Hag again. Chelsea and Tottenham have also been “tackled” over the possibility of signing Dest “.

The American’s future at Barcelona will also depend on Sergi Roberto and Dani Alves continuing at the Camp Nou. Both players are out of contract at the end of the season and have yet to sign an extension.

Barcelona’s desire to land Cesar Azpilicueta from Chelsea will also affect Dest’s future. The captain has reportedly agreed a two-year deal with Barcelona ahead of the summer transfer window.

The Catalans must now negotiate with Chelsea and manager Thomas Tuchel has admitted he doesn’t rule out waving at the 32-year-old at the end of the season, according to the club’s official website.

“Given that we’re already losing key defenders, it’s not the ideal scenario to think about losing Azpi, although I can understand his personal point of view,” he said. “Eventually if you’re a legend that he is you deserve a second look from me and the club to see if maybe there’s an exception to the rule and we’re still in that process.” I would strongly hope so [that he stays] and he knows that, but we are still in talks to find the ideal solution.”

Chelsea could still allow Azpilicueta to leave for free despite a one-year extension activated in his contract, as reported by The Athletic. The Blues may decide to release him as a reward for his years of service to the club.

READ MORE: Barca’s new boy ‘is a player you fall in love with’, says the coach