Barcelona hand over Dembele & Agüero Boost ahead of Crunch Games 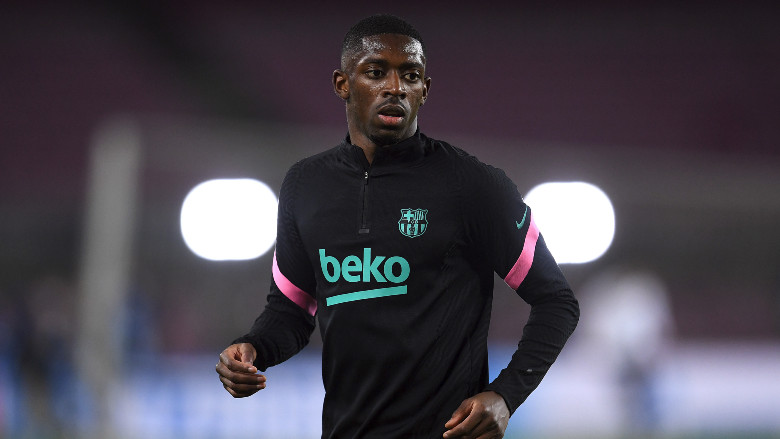 Barcelona duo Sergio Agüero and Ousmane Dembele were back in full training on Monday for the first time this season as they continue to recover from injuries.

The Catalan giants showed how both players were training at the Ciutat Esportiva training ground when they were both about to make their long-awaited return to the first team.

Agüero is still waiting to make his Barcelona debut after joining from Premier League champions Manchester City this summer. The striker sustained a calf injury in the pre-season phase, which meant that he missed the start of the 2021/22 season.

Dembele is also not yet featured in the new campaign due to a knee injury. The striker suffered from the problem of playing for France at Euro 2020 and had to undergo surgery in June.

The return of both players will give the Catalan giants a big boost after a difficult start to the season that only saw three wins in all competitions. Barca are ninth in the table in Spain and are in trouble after their first two group games in the Champions League.

Barcelona return after the current international break on October 17th with a La Liga game against Valencia at the Camp Nou. Three days later, Ronald Koeman’s side will face Dynamo Kiev in the Champions League before welcoming Real Madrid to Camp Nou on October 24th.

Koeman, who remains under pressure after a disappointing start, has already admitted that the team must win all three games, as reported by Eurosport.

“Laporta called me last night and we talked. At least in this respect there is clarity. We have to win three games after the break, ”he said. “Laporta’s support is important when everything is not clear; then it is difficult to have a peaceful mind and the patience to work. It is best for everyone, now we have to demand results like any coach. “

The return of Dembele and Aguero will expand Koeman’s options in attack and should give the Catalans more firepower. The Dutch coach can also count on Ansu Fati, who has successfully returned from knee surgery and scored on his comeback in a 3-0 win against Levante after a 10-month break.

The news of Dembele’s return to fitness comes amid mounting speculation about his future at Camp Nou. The Frenchman is without a contract at the end of the season and will be able to negotiate with other clubs from January 1st.

Mundo Deportivo’s Ferran Polo has reported that Dembele has told President Joan Laporta that he wants to stay, but club bosses do not trust his advisor and fear he will speak to other clubs.

Unless Dembele hits a new deal, he can leave for free in the summer of 2022, and Manchester United, Juventus, Chelsea and Liverpool have all shown interest in the 24-year-old Diario Sport, according to Lluis Miguelsanz.

Barca will be keen to secure Dembele’s future as soon as possible but if a deal cannot be agreed the Catalans will likely try to sell during the January transfer window to avoid the attacker after his contract expires remains free of charge.