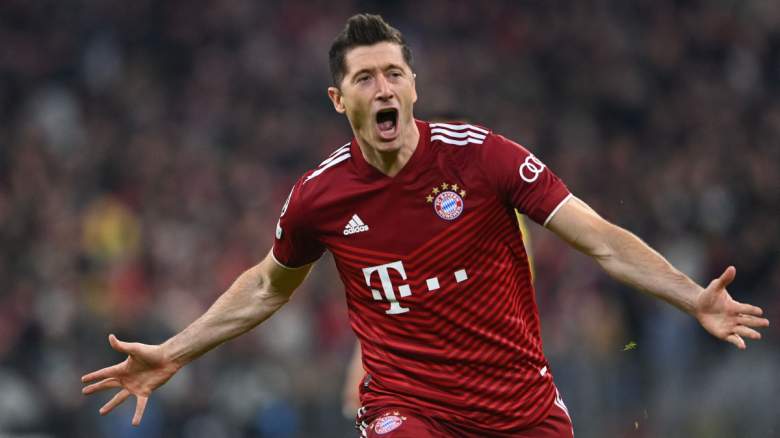 Barcelona have received a huge boost in pursuing Bayern Munich’s prolific striker Robert Lewandowski ahead of the summer transfer window opening across Europe.

Bayern Munich sporting director Hasan Salihamidzic has confirmed that the Poland international does not want to renew his contract at the Allianz Arena and wants to leave the club.

Salihamidzic told Sky Sports in Germany: “I spoke to Lewa. During the conversation, he informed me that he would not accept our offer to extend his contract and would like to leave the club. He said he would like to do something different.”

The club boss also confirmed that the Bundesliga champions had not changed their mind about not wanting to sell Lewandowski. He added: “But our attitude hasn’t changed: Lewa has a contract until June 30, 2023. That’s a fact.”

Lewandowski’s contract expires at the end of next season, meaning Bayern will need to sell beforehand lest they lose the 33-year-old on a free transfer in just over a year.

Barcelona manager Xavi Hernandez was asked about Lewandowski at a pre-match press conference ahead of his team’s trip to Getafe in La Liga on Saturday, May 14. The boss was asked if he could postpone a transfer because 33-year-old Lewandowski is already nearing the end of his career.

“I won’t talk about Lewandowski, but I signed Dani Alves when I was 38. It’s not just about age, it’s also about level. Footballers are more professional now, they have staff to support them. We see players like Ibrahimovic, Alves, that kind of players who are still playing at a high level, or Cristiano and Messi,” he said. “They are of an age but continue to play at a fantastic level at top clubs. There is no restriction, it is their level that decides whether they come or not.

Lewandowski, even in his 30s, has shown little sign of slowing down. The forward is the Bundesliga’s top scorer this season with 34 goals and remains one of the most feared attackers in Europe.

Reports in Germany suggest that Barcelona have already reached an oral agreement with Lewandowski on a three-year deal, according to Mundo Deportivo.

However, Barcelona still have to negotiate with Bayern Munich if they want to sign the striker, which won’t be easy as Bayern clearly don’t want to lose the attacker.

Barcelona’s financial situation will also limit their transfer activity, which Xavi admitted at his press conference when asked about potential transfers.

“We are dependent on our financial situation and in a few days we will know what our situation will be so we can plan,” he said. “We need to think about it now to plan the next campaign. But yes, the economic situation can limit our movements in the transfer market.”