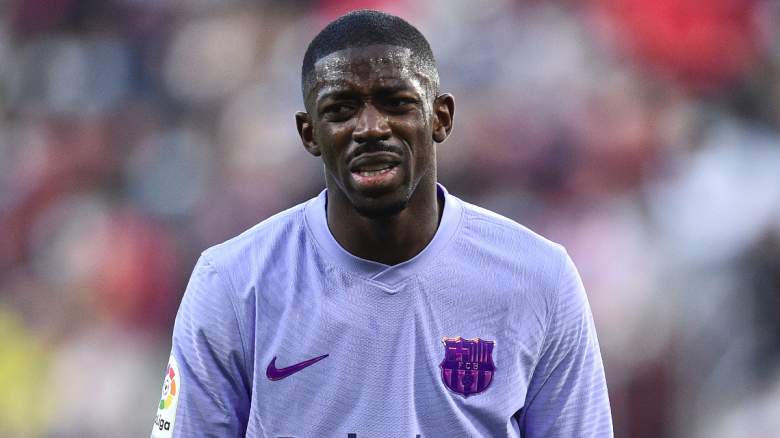 Barcelona’s Director of Football Mateu Alemany gave a revealing update on French striker Ousmane Dembele’s future at the Camp Nou ahead of the team’s latest La Liga game against Villarreal.

Dembele’s contract at Barcelona expires at the end of June and the striker has yet to agree to an extension. Alemany was asked about the current situation and insisted he hadn’t heard from Dembele’s agent for a long time, as reported by journalist Diario Sport.

“The renewal of Dembélé? I have a personal opinion on the matter, but that’s beside the point,” he said. “Only he and his agents know what they’re going to do. We haven’t had any news for 6-7 months.”

Alemany also insisted that no talks would be held with Dembele and his agent at the moment, despite speculation to the contrary. He added: “There are currently no negotiations with Dembélé’s representative.”

Dembele was on the bench for the second straight game against Villarreal on Sunday 22 May. Manager Xavi opted to start on-loan forward Adama Traore alongside Pierre-Emerick Aubameyang and Ferran Torres instead.

Dembele remains doubtful about his future at FC Barcelona and has ‘one foot’ in Paris Saint-Germain, as revealed by Cope’s Helena Condis. The 25-year-old has not accepted Barcelona’s proposed extension offer and is ‘very close’ to moving to the French capital.

Xavi has ‘not stopped sending him messages asking him to stay’ but Dembele still has doubts about continuing his career at the Catalan giants. Dembele has even ‘asked for a few days to make his decision’ and is waiting for his agent to meet with Barca this week after the end of the season.

However, Dembele’s ‘dream’ is to play alongside Kylian Mbappe at PSG, as reported by Diario Sport. The world champion has just stunned the footballing world by turning down a move to Real Madrid and signing a new contract with the Ligue 1 champions.

Barcelona have been widely tipped to bring in Leeds United winger Raphinha should Dembele actually leave. However, any move for the Brazilian could have been complicated by his club’s dramatic escape from relegation.

Raphinha scored in the 2-1 win over Brentford that ensured the Whites will play in the Premier League in 2022/23. If Leeds had gone under, a clause in Raphinha’s contract would have activated, making him available fair €25 million.

Barcelona will now have to negotiate with Leeds if they want to sign Raphinha and the Premier League side are likely to want far more than that €25m if they are supposed to let the winger go.

The Catalans have reportedly already agreed personal terms with Raphinha but it remains to be seen if they can secure a deal with Leeds United during the summer transfer window.

READ MORE: Barca’s new boy ‘is a player you fall in love with’, says the coach