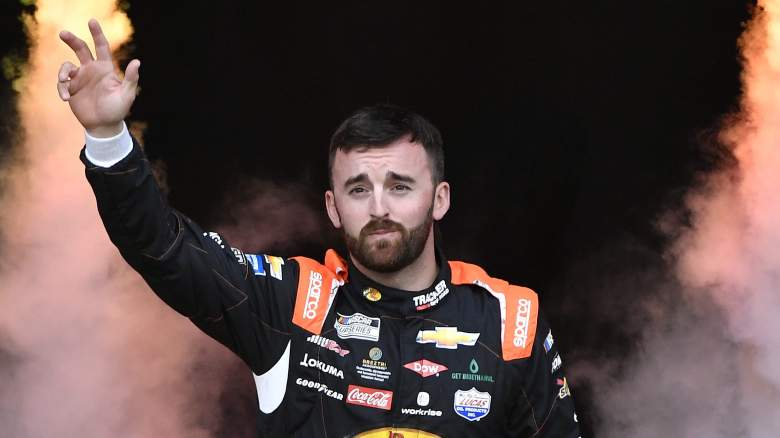 Bristol Motor Speedway announced on April 19 that the night Cup Series race on the dirt surface will return in 2023. There were mixed reactions throughout the industry, but Richard Childress Racing’s Austin Dillon is ready for another opportunity to battle for a win.

“Dirt’s a good place for me, I’ve been pretty successful in that atmosphere and learned a lot this year with the car,” Dillon told Heavy on April 20. “And, man, we were in a really good position. I think that the Choose Rule was probably needed for the dirt track because the bottom line was definitely a little bit of a disadvantage, but learned a lot. And next year, we’ll do a better job of cleaning the air filter so we’ll be in good shape.”

The driver of the no. 3 turned into a strong performance early in the Food City Dirt Race. He started 12th overall after his heat race, and he spent the first stage in the mix for points. Dillon finished fourth overall in Stage 1 and 12th overall in Stage before reaching second overall in the final stage. However, unexpected issues prevented him from contending for the win.

Dillon lined up for the restart on Lap 211 just outside of the top five, and he hit the gas when the green flag waved. However, his no. 3 Chevrolet began to slow in the middle of the pack after its engine blew. The majority of drivers avoided him, but the no. 15 of JJ Yeley made contact while the chain reaction collected Kurt Busch and Aric Almirola.

The 2018 Daytona 500 champion has adapted well to the Gen 7 cars after missing the playoffs in 2021. He finished third overall in the Busch Light Clash at the LA Memorial Coliseum, his first start in the new Chevrolet Camaro, and then he added four top -10s and two top fives once the regular season began.

As evidence of his ability to adapt to the Gen 7 car, Dillon has 25 stage points. He sits in a tie with Brad Keselowski for 18th overall, and he is ahead of other drivers like Ricky Stenhouse Jr., Cole Custer, Daytona 500 winner Austin Cindric, Bubba Wallace, and Kurt Busch.

These numbers don’t tell the full story. Dillon was in contention for other top-10s before unexpected issues arose. His engine blew at Bristol on April 17 when he was running sixth overall. Weeks prior, he was in contention for a top-10 at Phoenix Raceway before Daniel Suarez got loose, made contact, and sent him into the wall on the final lap. Dillon finished 21st instead of inside the top 10.

The trip to Atlanta Motor Speedway changed drastically for Dillon. He started 17th overall, but he worked his way up to third overall during Stage 1 before a hard hit ended his day. Denny Hamlin moved up in front of Dillon with five laps remaining in the opening stage and took away some of his air. Kyle Busch continued to push on the rear of the No. 3 exiting a turn. Both Dillon and Busch lost control and hit the wall hard.

“I mean, we only really have a finish outside the top 10 in two tracks,” Dillon said. “One we broke a valve spring, which was Daytona. Vegas, we finished 11. Past that, I feel like we would have finished in the top 10 of every race. You know, getting taken out at Phoenix, Atlanta, and then the engine blowing this weekend running upfront. So it’s just been a lot of fun being fast, and we’ve just got to keep capitalizing on some of these fast cars. I think we’ll go to Victory Lane.”

While Dillon ended his trip to Bristol Motor Speedway early, he will now have another opportunity to contend for another top-10 finish. He will compete in the Geico 500 at Talladega Superspeedway on April 24 (3 pm ET, FOX).

“I think it’s just positioning,” Dillon said about past strong performances. “I think you put yourself… Well, first of all, it’s mindset to go into those tracks. You’d better be very positive because some people aren’t, and I feel like that kind of plays against them. You’ve got to look at it as an opportunity to win a race. Everybody’s kind of got the similar situation when it comes to handling.

“So past that, I feel like it’s a bit of a chess match knowing when to make your move and where you want to be. I mean, you put yourself in some odd positions from time to time at those types of tracks, and you’d better be comfortable with being uncomfortable because it happens a lot throughout the race. So for me, it’s just about knowing who you’re around, trusting the people you’re around. And that’s a big part of it.”

READ NEXT: The ‘Silver Bullet’ Scheme Returns for Throwback Weekend

“I think it’s just positioning,” Dillon said about past strong performances. “I think you put yourself… Well, first of all, it’s mindset to go into those tracks. You’d better be very positive because some people aren’t, and I feel like that kind of plays against them. You’ve got to look at it as an opportunity to win a race. Everybody’s kind of got the similar situation when it comes to handling.