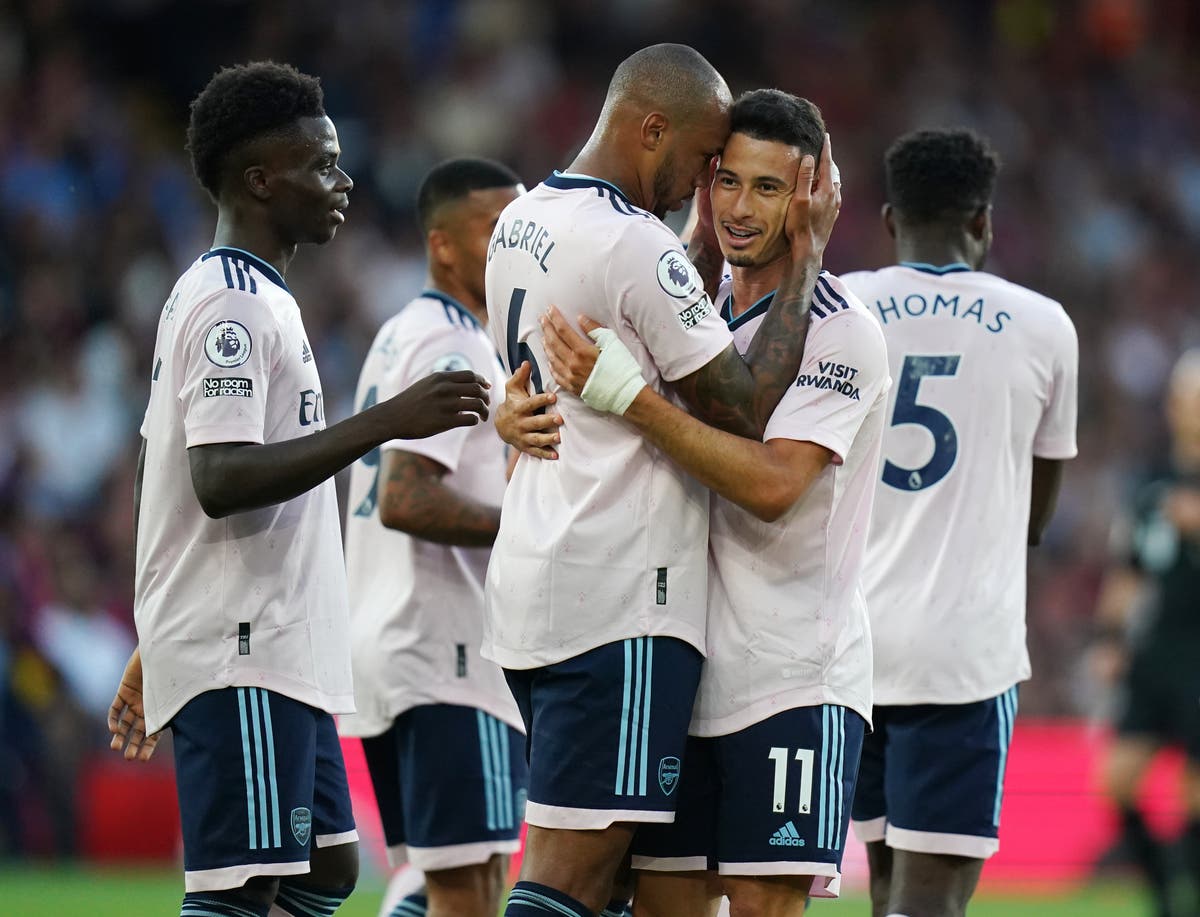 Mikel Arteta praised Arsenal’s struggle in the opening 2-0 win over Crystal Palace but admitted a lot more was asked of his attackers.

A first-half header from Gabriel Martinelli and a late Marc Guehi own goal gave the Gunners all three points at Selhurst Park.

Arsenal dominated the opening games but the Eagles challenged Arteta’s side after the restart as the visitors failed in the second half on Gabriel Jesus’ competitive debut.

“We have to be more ruthless in front of goal,” Arteta said.

“We also had a situation in the second half to finish it better, but that has to come. We didn’t score many goals, we didn’t have a real lead.”

Still, the Gunners boss was happy with his team’s overall performance, a significant improvement on the 2-0 defeat by Brentford earlier in the season.

Martinelli almost put Arsenal on the top scorer early in the first half when the ball landed at his feet on the edge of the six-yard box, but the Brazilian’s shot sailed well over the goal.

Redemption followed after he was highest in the 20th minute to nod in front of a crowded goal in the opener.

Some expected this to be Jesus’ start in the spotlight, but it was his debutant William Saliba who shone brightest with a brilliant spin on defense that frustrated the Eagles in attempt after attempt at creating chances.

“You don’t really see that,” said his impressed boss.

“At 21 years old in the Premier League against these physical players and solving the situation the way he did, with that composure, that calm and that presence. Great appreciation for the boy.”

The game was decided when Bukayo Saka’s cross found the unfortunate Guehi’s head in the 85th minute.

Arteta was ultimately delighted to walk away as the winner under the intimidating lights at Selhurst Park on Friday night and looked a very different side to the one who lost 3-0 to the Eagles in their last meeting in south London.

“You can’t win here without perseverance. We experienced last season, we started very differently than last season when we were here.

“Building that mentality and finding a way to get through those moments and keep a clean sheet in this league will be essential to our success, so hopefully we’ll instill some confidence in the team as well.

Eagles boss Patrick Vieira, meanwhile, felt sorry for whoever got away.

The hosts’ best chance came from Eberechi Eze, who found himself in a one-on-one after a spot-on pass from Wilfried Zaha, whose shot went wide.

“Today I think the biggest difference is that we didn’t take that chance or the chances we created to get at least a point tonight,” said Vieira.

“We had really good momentum at times but the story of the game is we didn’t score that goal to get back into the game. That’s what the frustration is about today.”

Earlier this week, the Palace boss admitted he was “just short of numbers” and had seen gaps all over the pitch.

Whether solutions come from within the transfer window or within depends on the coffers, which will be boosted by Christian Benteke’s departure to DC United just before Friday’s game.

“We always try to improve the team,” added Vieira. “If we can find the right players with the right budget, we will try to do it.

“If not, there are players here who will grow as the season progresses, players who are willing to work hard for the club and we need to keep challenging those players.”