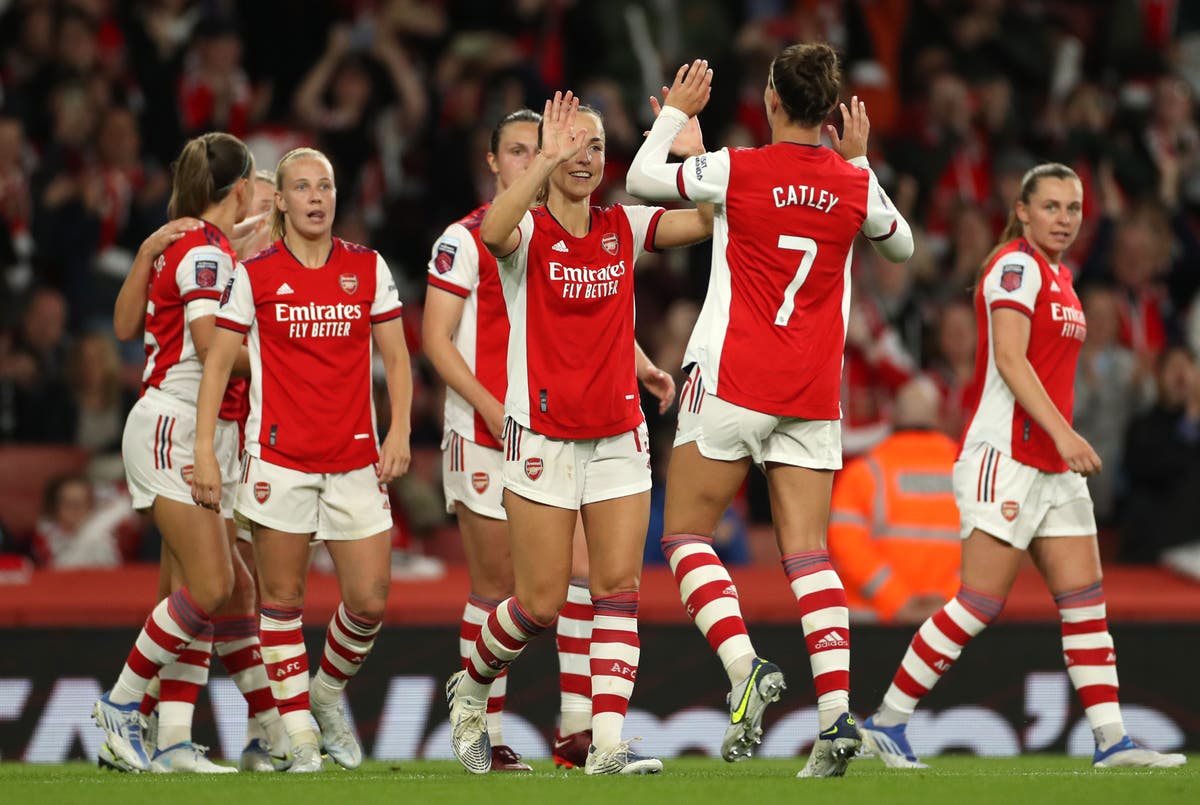 Arsenal end an exciting final day of the Women’s Super League season with a win over rivals Tottenham at the Emirates Stadium, putting them a point behind leaders Chelsea.

A 3-0 win thanks to an early goal from Beth Mead – her third in two WSL games at the Emirates this season – and Caitlin Foord’s second-half brace meant the title race will be down to last place.

These north London neighbors were due to meet here on March 26 but the game was postponed due to a coronavirus outbreak in the Spurs squad.

Postponing the game to the penultimate game of the season only added to the spirit as Arsenal and Tottenham met for the first time at the Emirates.

Arsenal travel to West Ham on Sunday knowing they will be crowned champions if they can improve on Chelsea’s result against Champions League rivals Manchester United.

A sign of Tottenham’s improvement came when Arsenal needed an injury-time equalizer from Vivianne Miedema as the sides met earlier in the campaign, but it made for a more comfortable night.

This time, with a title still within reach, Arsenal were ahead when the clock struck four minutes.

Mead collected a pass from Leah Williamson and drove into the box before finishing well with her sixth goal in as many WSL games.

That was as good a first half as Spurs largely kept the hosts at bay, Miedema shot wide and Foord Tinja-Riikka Korpela elicited a clever save.

The second half followed a similar pattern until Spurs napped on a cut around a short corner with 19 minutes to go.

Foord slipped in at the back post to convert Miedema’s low shot and doubled the lead.

The local derby element of the competition came soon after as the players rose up after a hasty fight by Maeva Clemaron against Lia Walti.

The points were secured in style as Foord stooped home on their second night before Angela Addison hit the post with a last-gap penalty for Spurs, while Arsenal delivered a riveting battle with Chelsea until the final round.