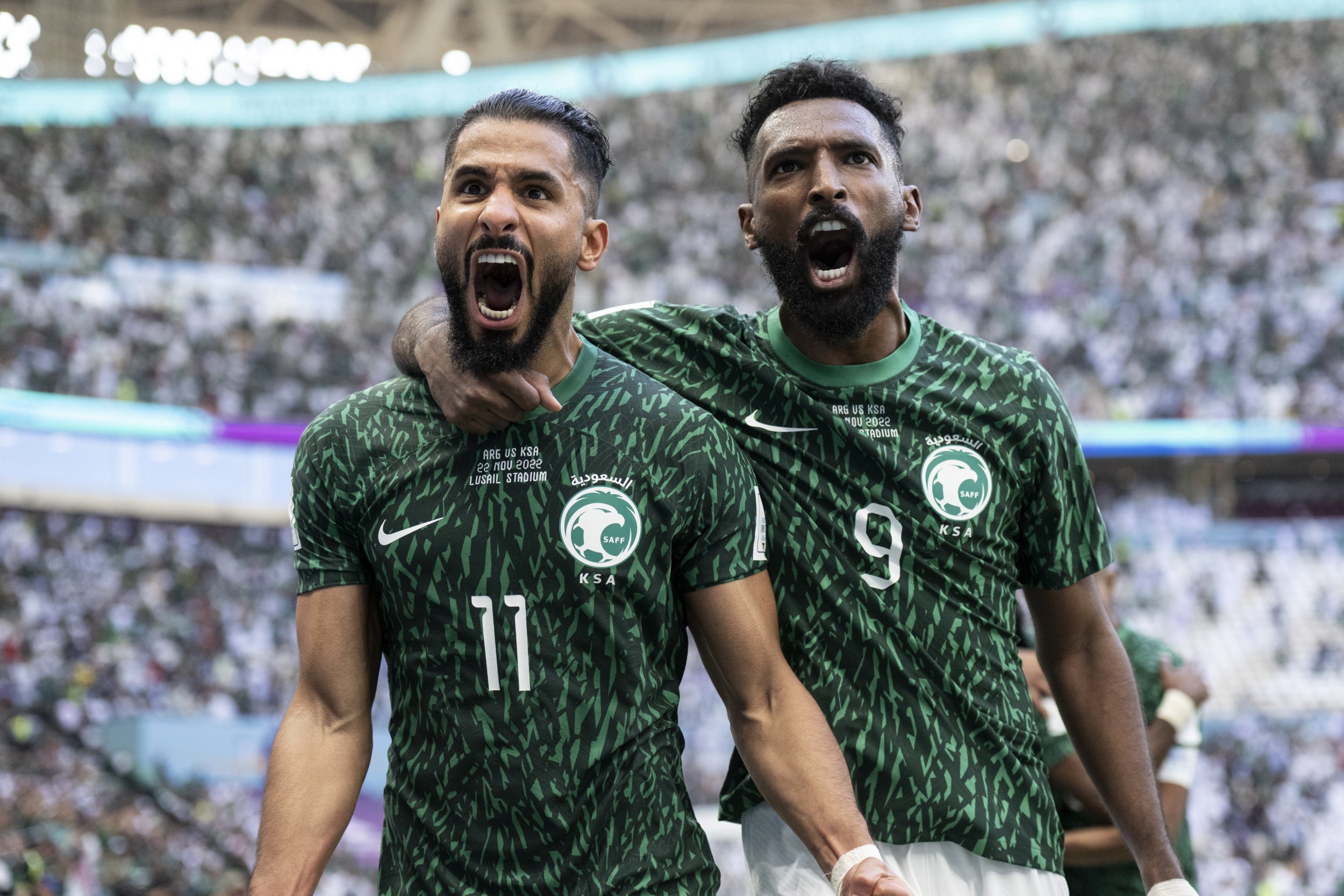 Argentina have endured a disastrous start to a World Cup for which many abandoned them as favorites following their 2-1 loss to Saudi Arabia.

Ranked 51st in the world, even worse than hosts Qatar, it looked like a long afternoon was in store for Saudi Arabia when they conceded a 10th-minute penalty from Lionel Messi. As a result, the Albiceleste were disallowed three goals for offside thanks to Saudi Arabia’s Highline and VAR’s new ‘robot’ technology.

But Herve Renard’s side hit back through Saleh Al-Shehri, a striker valued at around £600,000, as he fended off Tottenham centre-back Cristian Romero to fire past Emi Martinez into the far corner.

Within five minutes, Salem Aldawsari had scored the second, dodging three defenders with a daring spin and swing from the edge of the box.

Julian Alvarez came closest to an equalizer in stoppage time but saw his goal cleared by Abdulelah on the line Al-Amri, although an early offside meant it would not have been allowed anyway.

As we are used to at this World Cup, there was a long stretch of stoppage time, made worse by a worrying clash between Mohammed Alowais and Yasser Alshahrani, with the latter coming off far worse and requiring a stretcher to leave the pitch.

Argentina’s only fear of injury was Romero, who was substituted in the second half, but they have far greater concerns after this result, having started the tournament just behind Brazil as the likely winners at most bookmakers.

For Messi too there will almost certainly be pressure at his last World Cup to at least challenge his South American rivals for the title – but as Roy Keane put it on the ITV expert service: ‘You can’t just say he deserved to win, he has to go and earn the right.”

“It was a great reminder for anyone watching a football game, if you think you can just show up and rely on your quality to get over the line then you’re wrong,” Keane added after the final whistle .

“I’m stunned,” said Graeme Souness. “I’ve never seen an Argentine team physically unfit for a trophy. They were wishy-washy. Argentina has to say to itself: ‘We have to keep up’.”

Argentina have lost their opening match at a World Cup four times, in 1958 against West Germany, in 1974 in the second round against Poland and in 1982 against Belgium. Those three defeats all preceded relatively early exit from the competition, but in 1990 they lost their opening game to Cameroon and still reached the final.