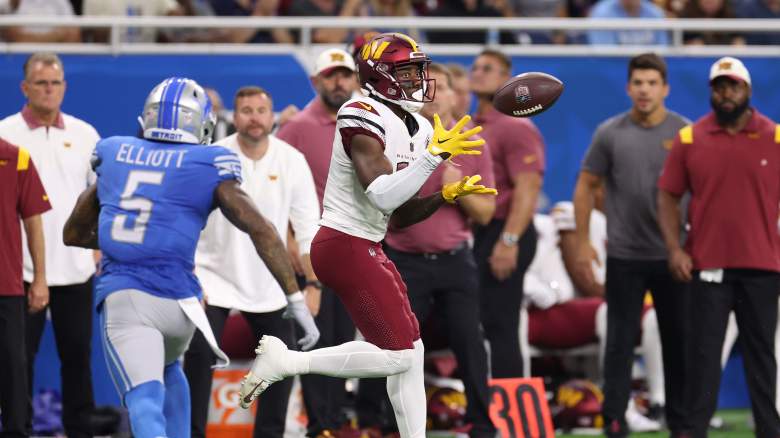 While the Detroit Lions are enjoying a solid start to the year, the team has been far from perfect, which most coaches, players and fans could all admit.

So far, Detroit’s offense has clicked in big ways. While that is the case, the team still has more than their fair share of points left on the field. Defensively, the team also had some issues in terms of coverage.

Although the Lions are 1-1 at the start of the season and are currently in the thick of things, there is still a way to improve that will help them be more consistent and that is at the second layer of defense.

Recently, ESPN’s Eric Woodyard helped rank the Lions for Week 2 in power. While the team jumped seven places overall, Woodyard sees room for improvement on defense in the secondary school.

As he wrote, one should watch for an improvement in the deep ball situation in the coming weeks.

“Detroit’s high school still has work to do to become more disciplined, according to head coach Dan Campbell. Cornerback Jeff Okudah was solid coming back from an Achilles injury, but the unit is still working to avoid getting hit on deep balls, which was a problem in Weeks 1 and 2 against Philadelphia and Washington. Eagles star receiver AJ Brown had 10 receptions for 155 yards — including a 55-yard catch — against the Lions in the opener,” Woodyard said in the piece.

Improving the back end is indeed very important for the Lions as the team will play some menacing receivers in the coming weeks. In week 3 they will be tested by Justin Jefferson while week 4 will bring DK Metcalf. Add it up and there comes some definitive testing for the team.

Detroit would do well to address these issues sooner rather than later, and if they can, it will help their overall defense get better.

Currently, the lions in the back area offer little resistance. The team, despite a decent start, have some ugly stats in terms of pass defense to start the year.

Detroit ranks 27th in passing defense for two weeks of the season, averaging 273.5 yards per game. They’ve also conceded three touchdowns this year and have conceded a long catch totaling 54 yards. The Lions have conceded 547 total yards in two games.

Of course, these numbers are more than alarming for the lions at first. They played one of the NFL’s best offenses in Week 1, serving up a shutout until they slacked off big in the second half of Week 2. Still, there are plenty of numbers to worry about, suggesting the need for a turnaround.

Despite some numbers and play, the Lions deserve credit for sticking together and being scrappy at the back end.

So far, Detroit has only one interception, but the team has bonded well amid some key injuries for the group. Detroit is still missing 2021 rookie phenom Jerry Jacobs, who is recovering from an injury. Additionally, in Week 2, the Lions missed cornerback Amani Oruwariye, who was the victim of a midweek injury.

Despite being put through the bell early on, the Lions have seen solid play at the back end. Jeff Okudah was an early season revelation for the Lions and the depth was also shown when the much-maligned Will Harris caught an interception in Week 2.

Still, the Lions know they need to be more consistent and limit the big plays. In the end, if they manage to get a handle on this, it could only serve to make the team more dangerous.

CONTINUE READING: Jared Goff is lauded for his work during the preseason

CONTINUE READING: Jared Goff is lauded for his work during the preseason