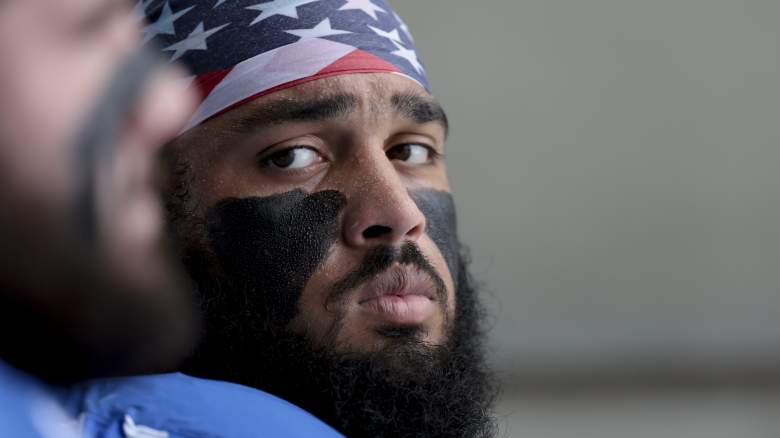 One of the competitions taking place during Kansas City Chiefs training camp will be about the correct starting tackle job.

Third-year Lucas Niang and veteran Andrew Wylie are the players on the roster going into the 2022 season with Kansas City-legal experience. However, the Chiefs have thrown another player into the mix for the job via this year’s draft, and he is set to win the starting job, according to the PFF.

PFF’s Ben Linsey predicted the 22 players who would start for all 32 NFL teams next season and predicted fifth-round rookie pick Darian Kinnard as the starting right for the Chiefs.

“Wylie probably goes into camp as a starter because Niang has worked his way back from injury and Kinnard is in the fifth round as a rookie, but it wouldn’t be surprising if Kinnard saw a Trey Smith-like rise. Kinnard was the 79th overall player on the PFF big board and is the kind of physical presence the Chiefs have prioritized over the last two offseasons to expand their offensive line,” Linsey wrote on May 16.

Kinnard was selected by Kansas City with the 145th pick overall in the 2022 draft. That pick was earned when the Chiefs traded with the New England Patriots for second-round relegation.

“Kinnard is a three-year-old starter right tackle with a right guard projection and has a build that is very broad but well proportioned. He’s not a bad athlete but has limitations in lateral and recovery movements,” he wrote. “An inward transition should allow for more advantageous positioning as both a driving lockout and in-pass protection. Kinnard is a full-time Mauler who relies heavily on a mean demeanor and physical advantages to overpower opponents. However, he could see a significant drop in his pro-level success rate if he doesn’t spend more time and energy improving his hand use, footwork and overall technique.”

The general consensus among draft analysts is that Kinnard, who was a starting gun in Kentucky for three years, would be better suited for a guard role in the NFL. However, Kansas City has other plans for him, which Kinnard detailed at the rookie minicamp.

“A lot of teams asked, but they never said, ‘Hey, we’ll play you as guard,'” Kinnard said on May 8. “Some teams said, ‘Yes, we see you as a guard.’ [But] At the end of the day, it was all about acting in whatever position.

“It’s pretty cool that I’m coming in [the Chiefs] see me as a tackle. But I would come in and apply for any job I could get. It’s quite reassuring to be able to play tackle – a position I would be comfortable in.”

Despite being listed as a Day 2 prospect by companies including NFL Media, Bleacher Report and Draft Wire, Kinnard slipped off the board and was drafted on Day 3. So, combining that with an already fiery attitude means Kinnard is entering his rookie year with a chip on his shoulder.

“The chip is on my shoulder – but I have to be smart, keep my head down and work,” he said. “First things first: I have to apply for a job. Then I can keep that chip on my shoulder against these other teams.”