Alex Bowman introduces a new program throughout the full weekend 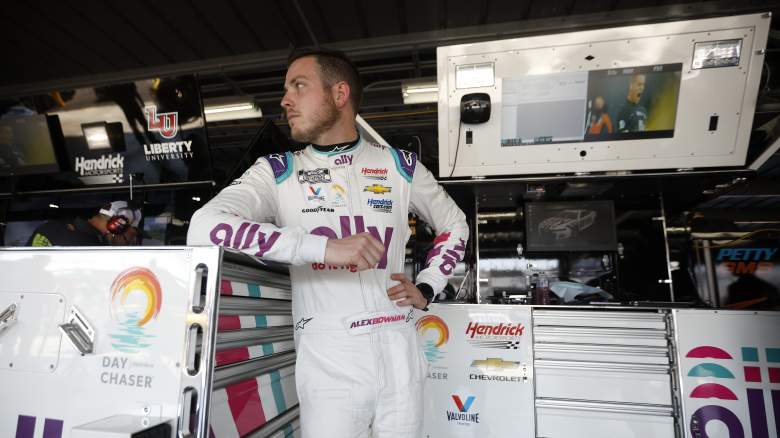 The #48 Ally Racing Chevrolet Camaro will have a different look for the NASCAR trip to Sonoma Raceway. Alex Bowman will take over the California street course while using a Pride Month program.

Hendrick Motorsports unveiled the new scheme on June 8th. The production car will still have its white base, but there will be a noticeable change on the sides and rear. The Ally “A” will feature the colors of the Pride flag as a representation of the PrideALLYs logo. The text “Better Together” takes up space on the rear fenders and bumper area of ​​the #48 Chevrolet Camaro.

Bowman will now be flaunting this new scheme as he starts his second road course of the year and will be looking to finish one place better than the first. Bowman was within reach of victory on March 27 at the Circuit of the Americas, but Ross Chastain nudged AJ Allmendinger into the side of the No. 48 before taking the lead. Bowman was able to recover and finished second.

Cup Series racing will conclude the weekend, but Bowman will take part in another race to reacquaint himself with the street circuit. He will take over the No. 7 Spire Motorsports Chevrolet Silverado with HendrickCars.com as his primary partner.

The trip to Sonoma will be Bowman’s second start of the Camping World Truck Series this year. He also rode double duty at the Circuit of the Americas over the weekend, fighting for victory in the No. 7, but finished 25th after sustaining damage in a collision with Stewart Friesen and Kyle Busch.

“I think it’s important to do as many laps as possible before I get into the No. 48 Ally Chevy on Sunday,” Bowman said in a statement from Hendrick Motorsports. “The last time we drove the #7 Spire truck we had a lot of speed and I think it helped me learn the track which helped me be fast in the cup race. Of course it didn’t end the way I wanted, but ultimately the experience can only make me better.”

The double-duty weekend at Sonoma Raceway offers Bowman the opportunity to gain more experience on the road. He will make his first Truck Series start at the track as well as his sixth Cup Series start.

Bowman’s first two starts at Sonoma, with BK Racing and Tommy Baldwin Racing, were not his most successful. He finished 29th and 31st respectively. However, the situation changed when Bowman joined Hendrick Motorsports. He finished ninth in 2018, 14th in 2019 and ninth in 2021.