According to NBA insiders, Heat is interested in the 21-year-old high flying forward 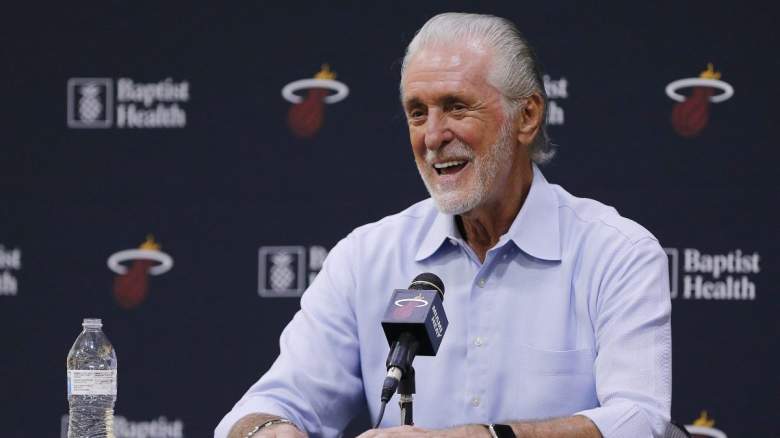 Even after strong performances by Jamal Cain and Nikola Jovic, the Miami Heat still have questions about their position as power forward and who will step into the hole left by PJ Tucker’s departure. Scouts believe Jimmy Butler should play those minutes at the fours, but he denies it. Caleb Martin is the most likely to get the position. He has spoken about his desire to start in Miami and will likely get the chance this year. However, will he be the long-term answer to help them compete for an NBA title? It’s difficult to say.

The Heat have been named the landing spot of choice for former Heat player Jae Crowder, who is known to want to be traded from the Phoenix Suns after learning he will be coming off the bench in favor of Cam Johnson. Miami doesn’t have the tradable contracts to strike a deal for Crowder, so it’s unlikely he could be added before the All-Star break. On Wednesday, October 12, the Heat were linked with the Houston Rockets’ KJ Martin with a surprise potential target as a power forward.

It’s been reported that Martin was eyeing a trade with the Rockets even before the draft when he realized the team won’t play a role for him next season. NBA insider Kelly Iko reported that Martin “contacted Rockets management to discuss the possibility of a trade” in June. However, talks haven’t increased much for Martin, but on Oct. 12, Jake Fischer of Yahoo! Sports mentioned the Heat as one of the teams interested in landing the young forward.

“Rockets forward KJ Martin, another forward known to be interested in playing elsewhere, is a player [Phoenix] Suns have had ongoing talks about preservation, sources said. wrote Jake Fischer from Yahoo! Sports. “Portland and Miami are two other well-known teams interested in Martin.”

The young forward has shown potential in his short NBA career. In 79 games for the Rockets, he averaged 8.8 points and 3.8 rebounds in 21.0 minutes. Iko reported last week that Martin’s “combination of age, athleticism and untapped potential” makes him “attractive” to teams around the NBA.

Martin is only 21 and certainly could have the potential to replace PJ Tucker for the Heat. He’s strong, shooting a decent percentage at 53.3 percent from the field and 35.7 percent from beyond the arc. He also brings a defensive presence that the team with Caleb Martin might not get up front.

This isn’t the first time the Heat have been linked with Martin. Earlier this summer, former All-Star Kenyon Martin’s son was mentioned in one Trade suggestion from Bleacher Report In the process, Martin Jr. and Eric Gordon went to South Beach in exchange for Gabe Vincent, Haywood Highsmith, Duncan Robinson and picks.