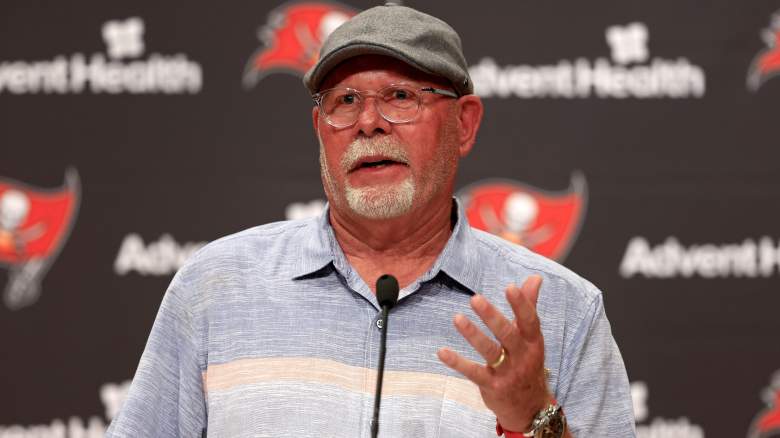 The Tampa Bay Buccaneers made a splash with the signing of Cole Beasley, but could another move come later this season? Tom Brady went viral after the Bucs tweeted a video of the quarterback sharing a pregame moment with free-agent wide receiver Odell Beckham Jr. in New Orleans. Rick Stroud of the Tampa Bay Times believes the Buccaneers will be in the running to sign Beckham once he is fully healthy, adding that the Rams and Saints are other potential contenders for the wideout signing.

“If it’s healthy, why not TB [Brady] Lobby for OBJ dependent on WR position health? Otherwise, he could rejoin the Rams or stay home with the Saints,” Stroud tweeted on Sept. 20, 2022 when asked by a fan about the Bucs’ chances of landing Beckham.

NFL Network’s Ian Rapoport reported on Aug. 7 that Beckham could wait until October or November to sign with a team once he’s cleared to the field. Beckham suffered an ACL injury in the first half of the Rams’ Super Bowl win over the Bengals. Tampa Bay is grappling with injuries to Mike Evans, Chris Godwin and Julio Jones.

Beckham signed a five-year, $90 million contract with the Giants in 2018. Just a year later, New York opted to sell Beckham to Cleveland in a blockbuster trade for two future draft picks. The Browns released Beckham last November, and the receiver had several suitors after becoming a free agent.

Beckham joined the Rams and became a vital part of their offense en route to the Super Bowl. The star receiver had 27 receptions for 305 yards and five touchdowns during his eight regular-season appearances for Los Angeles in 2021. Beckham is likely to sign a short-term contract this season and again as a free agent in 2023, when he is expected to be fully healthy to be. Tampa Bay has an estimated $5.8 million in remaining cap space, according to Spotrac.

Tampa Bay expressed interest in signing Beckham before signing Jones. per report. In the offseason, Yahoo Sports’ Charles Robinson labeled the Buccaneers a midseason threat to sign the star playmaker.

As Stroud mentioned, the Buccaneers will compete with the Rams and Saints among the best potential landing spots for the receiver. Beckham paid an official visit to the Rams when the star attended the team’s Super Bowl victory celebration as Los Angeles opened the NFL season against Buffalo.

“If OBJ gets through this — let’s say he gets through it, he looks healthy, he still hasn’t signed and it’s like, ‘Hey, I’m back at it in November. I’m running,'” Robinson noted during a June 15 episode of the You Pod to Win the Game podcast. “I think if Tampa Bay is what they’re expecting it to be in November, I absolutely think Tampa Bay is the kind of team that could say, ‘Hey man, let’s just do this. Let’s win this.’

“And Tom Brady and Odell Beckham Jr. are close. They have a really good relationship. Gisele and OBJ are close, they’re really good friends. And I think Tom is very influential when it comes to people in his circle, OK, and OBJ is in Tom’s circle.”