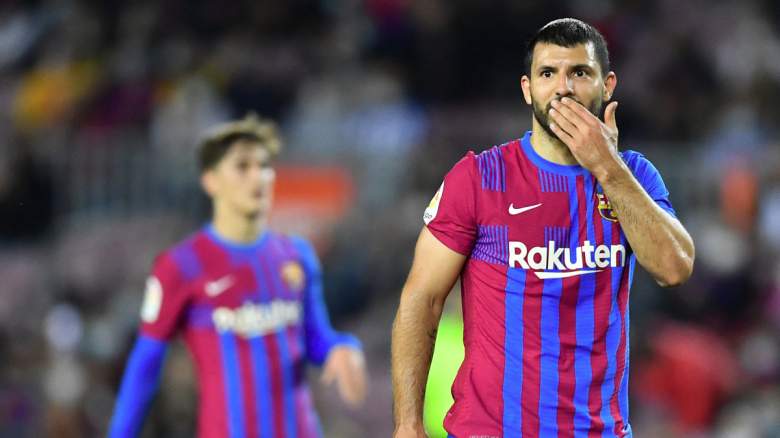 Sergio Aguero has spoken about his short stint at Barcelona before he was forced to hang up his boots due to a heart condition, and in particular one of his Camp Nou team-mates.

“Ter Stegen never understood my jokes. I went weird and approached him and was like, ‘Heyyyyy what’s up?'” he said. “He just looked at me like I was the weirdest person in the world. He’s a very serious guy.”

Aguero joined Barcelona on a free transfer from Manchester City in the summer of 2021 and has since made five appearances for the Catalans. However, the forward was forced to retire after being diagnosed with a heart condition.

Ter Stegen might not have liked Aguero’s jokes but there’s no doubt he’s enjoying life at Barcelona. The stopper has conceded just five goals in La Liga so far this season, setting a new record of 636 clean sheets at the start of the season.

The Germany international has particularly impressed at the Camp Nou, as revealed by Opta.

Ter Stegen is now in Germany’s squad for the 2022 World Cup. The goalkeeper came to the training camp behind his team-mates due to illness but has now rejoined the squad for the tournament.

However, the Barcelona star is likely to spend the World Cup on the bench. Ter Stegen remains well behind Germany’s No. 1 Manuel Neuer in the pecking order at international level.

Ter Stegen has spoken about his recovery in form this season. The German was scrutinized for some of his performances last season but has been nearly flawless this season.

The goalkeeper opted for a summer break rather than linking up with the Germany squad for Nations League games and says the rest helped him find his best form again, as reported by Mundo Deportivo.

“The summer went very well for me because I was able to relax a little and get rid of everything, but above all mentally because I did almost nothing on vacation and I need to recharge my batteries every now and then,” he said. “And so I had a good start and was in good shape.”

Barcelona hope Ter Stegen can continue his good form when La Liga resumes after the World Cup. The Catalans will be back at the top with their defensive record this season being a key factor in their strong start to the season.