A fight breaks out during Falcons training camp [WATCH] 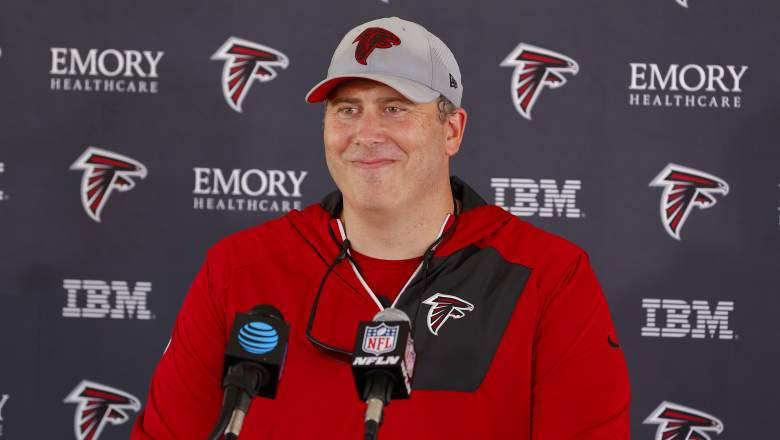 Thanks to Heavy’s Jonathan Adams, here’s a clip of the second fight:

While Rothstein reported that head coach Arthur Smith was not very happy with what had happened, Smith seemed more pleased than upset about it during his press conference.

“Nobody did anything really stupid,” Smith said after practice. “I would much rather have guys that you have to pull back than you have to push them. They’re competitive as hell. We have so much fun working with these guys, it’s amazing.”

Rush even joked about the incident.

“It was about lunch. They took all the forks and stuff so I had to eat with my hands. I didn’t like that very much,” Rush said via the athlete. “I had to get the last piece of grilled chicken, so I wasn’t too happy about it.”

It’s no surprise that after losing a slew of receivers, their longtime starting quarterback Matt Ryan, and several other key figures in their roster, multiple outlets in the league don’t believe the Falcons are having a successful season.

This leaves the hawks with multiple holes to fill, and ultimately there is a great unknown at the end of the tunnel.

But Smith blocked the naysayers.

“I don’t give a shit what people out there are predicting,” Smith said July 29 during an appearance on 92.9 The Game. “I was telling the team the other day, how many people in this room have an iPhone? Damn almost everyone raised their hand except [senior assistant] Steve Hoffman because he’s the only guy who doesn’t. I said let me give you a little history lesson. There were some of the smartest people in tech who said the iPhone would never work, Apple couldn’t make this phone or whatever. I said it’s nonsense if you buy this stuff shame on you. I said there’s a graveyard of hot takes and these predictions that are just weird. So we have to go into the NFL every year and earn it, and this team is going to compete. It should be fun to watch.”

Now that the Falcons have done a complete roster overhaul, who’s going to do it? Yes, really say they’re going to completely shit this season?

Not to mention the Houston Texans are still around…

Not to mention the Houston Texans are still around…