A driver takes the top spot in the NASCAR Championship odds 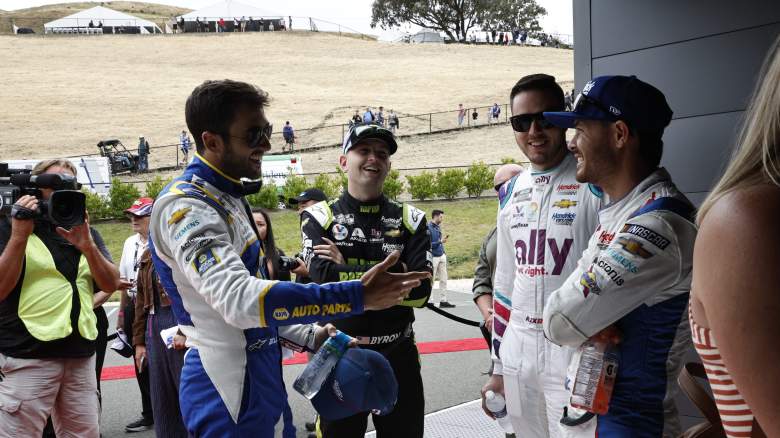 The Cup Series championship odds have focused solely on Kyle Larson throughout the 2022 season. However, he has now been joined by a new driver as a co-favourite to win the Bill France Cup at Phoenix Raceway.

OddsChecker published updated tables during the Cup Series off-week. They noted that Chase Elliott now sits at +600 to win the Cup Series Championship, giving him an implied 14.3% chance. He is level with his Hendrick Motorsports teammate, who has dropped to +600 after driving to Sonoma Raceway and finishing 15th.

Larson has one win in the 2022 season, but he hasn’t been a constant contender in defending his championship. Due to falls and mechanical problems, he was unable to finish four races. He was also capable of potentially contending for a win at Sonoma Raceway before the No. 5 Chevrolet Camaro lost a wheel.

Elliott has been the points leader in the Cup Series since the March 20 trip to Atlanta Motor Speedway. He has finished all but one of the 16 races and he has finished top 10 in 10 of them and also won the race at Dover Motorspeedway.

Part of the reason Elliott has maintained his place at the top of the standings is because he has accumulated points in every race on the schedule. He has three stage wins – the second highest in the Cup series – and 136 stage points in total.

Elliott was in danger of losing his top spot in the championship standings. He finished 29th at Kansas Speedway, 33rd at Charlotte Motor Speedway after falling victim to the damaged vehicle policy, and 21st at World Wide Technology Raceway. However, he picked up more points during the drive to Sonoma Raceway by achieving a top 10 finish.

Two Hendrick Motorsports drivers top updated championship odds. This is reasonable considering they have won the last two championships and have racked up 14 wins since the start of the 2021 season. However, directly behind them is a driver from Toyota Racing Development.

Hamlin, who has 48 Cup Series wins to his name, has been a contender throughout his career. He has had six seasons in which he has finished in the top four in the championship standings, including the last three seasons.

The driver of the No. 11 JGR Toyota Camry has never won a championship in his Cup Series career. His 48 non-title wins is the second-highest all-time behind Junior Johnson, who has won 50 times without winning a championship. However, odds makers believe Hamlin will be in a position to assert himself again by the end of the year.