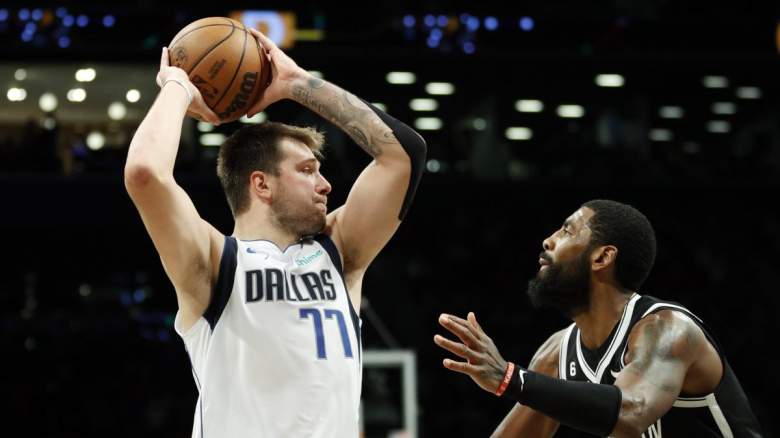 The $230 million superstar and future Hall of Famer has been predicted not to join the Los Angeles Lakers.

On Jan. 18, HoopsHype’s Michael Scotto released a quote he received from an NBA executive who predicted Kyrie Irving would re-sign with the Brooklyn Nets this summer. Irving has had close ties to the Lakers since he played with LeBron James with the Cleveland Cavaliers from 2014-15 to 2016-17.

However, several NBA executives who spoke to HoopsHype believe that “Irving and the Nets will continue their partnership beyond this season — a proposition that many in the league felt unlikely given Irving’s suspension and Brooklyn’s lackluster start to the season,” Scotto wrote .

“I think Kyrie will end up with the Nets in a short overtime,” an NBA executive predicted in an interview with HoopsHype. “A sign-and-trade for Kyrie this summer would be difficult given the length and fortune it takes to make that happen from another team. I think there is an incentive to renew a one-plus-one or two-year contract. If I’m Brooklyn, I won’t come for more than two years. I don’t know if Kyrie would accept that. The Lakers will head into the summer with Cap Space and can offer $60 million for two years in which he could return to LeBron James and play with Anthony Davis.

Irving is in his last year of contract. The all-star point guard, who signed a four-year, $136.5 million deal with the Nets in July 2019, will have made more than $230 million in his career when free agency begins this offseason. Irving has played for the Cavaliers, Boston Celtics and Nets. He has career averages of 23.2 points and 5.7 assists.

In a Dec. 31 column titled “36 Bold Predictions for the Next Year in Sports,” Sports Illustrated’s Howard Beck predicted that Irving would join the Lakers as an unrestricted free agent in the summer. Although the Nets are currently playing excellent basketball, the franchise might be content to let Irving go in the offseason due to his controversial history. The one-time champion never took the COVID-19 vaccine and tweeted a link to an anti-Semitic video in 2022.

“The Nets seem content to end this season with their current core, including the constant distraction in the No 11 shirt. But this is an all-or-nothing campaign now. Unless the Nets win it all, it’s hard to imagine them re-signing Irving next summer,” Beck wrote. “Given his recent history, it’s also hard to see a big market for him. However, we know that LeBron James would welcome a reunion.”

James would “love” to play with Irving again, league sources told Heavy Sports. Irving and James played 183 regular-season games together with the Cavaliers, posting a stellar record of 132-51. The two stars went 39-13 in the postseason and led the Cavaliers to the 2016 championship over the Golden State Warriors in seven convincing games. Cleveland became the first team in NBA history to close a 3-1 series deficit in the Finals.

The Lakers attempted to acquire Irving in July 2022, with Yahoo Sports’ Chris Haynes reporting that Los Angeles and Brooklyn were actively involved in discussions of a trade package that would have sent Russell Westbrook to the Nets and Irving to the Lakers. However, the trade never materialized.

James and Irving were a dynamic duo in Cleveland. Irving averaged 22.1 points and 5.3 assists alongside James, while LeBron averaged 25.5 points, 7.4 rebounds and 7.8 assists per game with Irving.