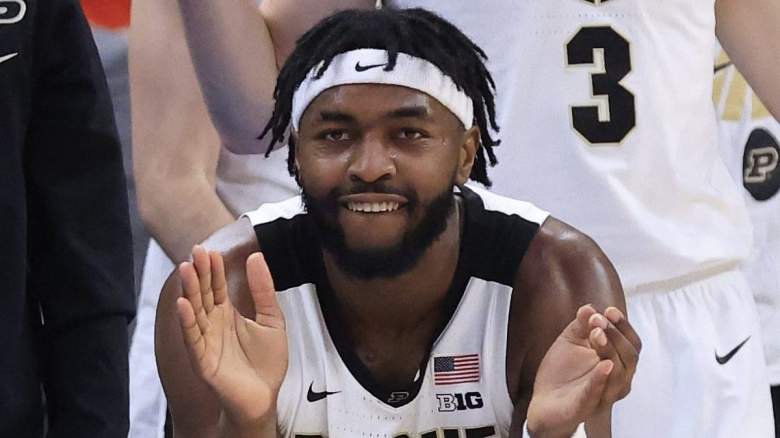 This off-season will be a summer of readjustment for the Boston Celtics. After losing to the Golden State Warriors in the NBA Finals, they will look to reload their roster to make it all the way back, but this time bringing a championship to Boston.

While off-season measures like the signing of Danilo Gallinari and the trade of Malcolm Brogdon will help with that, the Celtics should also be paying close attention to the Summer League. They need a great substitute and some players in their summer squad have excelled in that position.

One of those guys was Trevion Williams. Despite only having one Summer League game, a loss to the Miami Heat, Williams has already impressed. And in his opinion, he would fit perfectly into Boston’s current Big Man rotation.

“Definitely, 100 percent, I think I can fit in,” Williams said on an episode of NBC Sports Boston’s Celtics Talk Podcast. “I really like Al’s game. I think we’re very similar in terms of player style. Rob is more of an athletic big guy, getting lobs and blocking shots while Al can facilitate and initiate attacks. When he’s on the ball he can do a lot of things at the top level and that’s what I see myself promoting at the top level of the key.”

However, his death isn’t the only thing Williams brings to the table. He would also add a constant joy and positivity.

Aside from his on-pitch skills, Williams takes pride in the way he approaches the game. Despite being a fairly quiet guy, he always tries to cheer up his teammate with a constant sense of joy and positivity.

“It’s something I found out in college,” Williams told Chris Forsberg on the podcast. “I came in as a freshman, I was a quiet guy. People always thought I had an attitude. I really didn’t have anything to say. As I got older I had to get out of my comfort zone and just put a smile on my face. You’d be surprised what that does to other people around you. So I try to be positive in every way I can.”

The big man spent four years in college, all with the Purdue Boilermakers. In fact, he was teammates with ex-Celtic Carsen Edwards during his freshman year. He didn’t end up getting drafted, but Boston put him on the Summer League roster.

In his first game against the Heat, Williams lost six points, six rebounds and two assists in 15:47. Although his assist total doesn’t jump out of the page, he did show some creative passes throughout the competition.

His coach also noticed this vision.

Sullivan, an assistant on the Boston coaching staff and head coach of the Summer League team, was impressed by William’s death. Before Boston lined up for a single game, Sullivan Williams noticed great passing skills.

“The first thing that stood out was his death,” Sullivan said on July 7. “Such a willing passerby, Vision, he can see and touch and feel the whole floor with his size. I was really impressed not only by his willingness to pass, but also by his vision and ability to see the ground.”

With the Celtics still needing a backup center, Williams has a serious shot at earning a spot on the regular-season roster.