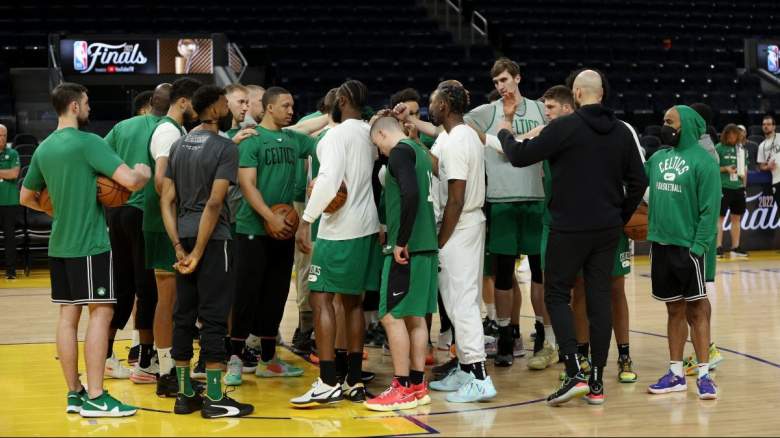 After an incredible end-of-season run last year, the Boston Celtics managed to make it through to the NBA Finals. And while they fell just short against the Golden State Warriors, Boston has addressed their key issues this summer.

Brad Stevens signed Danilo Gallinari to a two-year deal early in free agency, before moving on to Malcolm Brogdon. However, they still have two squad spots left to be filled and a couple of training camp players to choose from.

Earlier this summer, the Celtics announced they would host a training camp competition to fill the bottom spots on the list. In a recent article for NBC Sports Boston, Chris Forsberg predicted that Jake Layman and Justin Jackson would be the two players to make it out of camp.

“Now, if the question is who comes up with any of the three currently open roster spots, my first guesses would be Jake Layman, Justin Jackson and the Celtics are keeping 15th spot open for maximum flexibility (and tax savings),” Forsberg wrote . “Layman was a permanent reserve in Portland and Minnesota. He fits in with Boston’s plans and does enough to hide his perimeter shooting problems. Jackson never quite lived up to his potential, but he did get a 10-day call when the team was thin last year and then had a solid summer league.

Layman is a hometown kid, and Jackson spent time with the team on 10-day deals last season, so these predictions make the most logical sense. Other potential options to leave training camp include Noah Vonleh, Bruno Caboclo and Brodric Thomas.

In addition to his discussion of the boys at the back of the bench, Forsberg’s mailbag article also detailed what he thinks the starting lineup will look like.

Last year, the Celtics’ starting lineup was among the best in the league when they were healthy. Forsberg thinks they should run it back with the same five starters.

“I see no reason to play around with what works,” Forsberg said. “Boston’s starters were a wrecking ball last season. I think you’re looking at the same combination of Tatum, Brown, Williams III, Horford and Marcus Smart to start the year. Malcolm Brogdon will play many minutes and perhaps advance to a starting role, especially when Horford is resting. Brogdon, Derrick White and Grant Williams were to see the heaviest minutes off the bench. Kornet could play more than Payton Pritchard, for example, depending on how Ime Udoka uses his talent. Pritchard deserves time; given the depth of protection, he may just have to be patient.”

Normally such a thing wouldn’t even be a question, but with Robert Williams’ injury history and Al Horford’s age, they could try to turn things around.

Horford will inevitably take some rest, but according to Forsberg, some other key members of the starting lineup could do the same.

“Horford will almost certainly get strategic rest,” Forsberg stated. “Maybe the Celtics are going cautiously into the guard position given their injury history and the depth they have. But for Brown and Tatum, I think it’s more likely that Udoka is just trying to keep her minutes down. Tatum is a player who wants to be on the pitch every night. Brown has been struggling with a few injuries, most notably with his hamstrings, but he’ll be keen to assert himself at every opportunity.”

It’s going to be a very entertaining season in Boston, and if all goes well, the Celtics could be perfectly positioned for another deep playoff run.