11 Bulls players will train together in Los Angeles: report 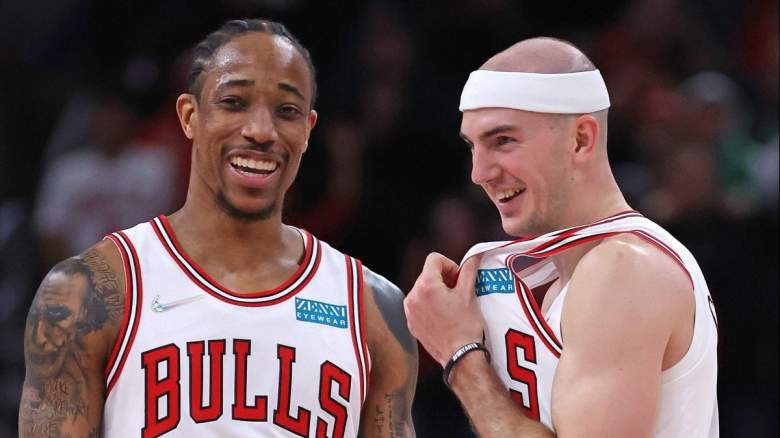 As the Chicago Bulls prepare for next season, the front office has done a solid job of creating a quality roster. They added big man Andre Drummond as a backup big man behind Nikola Vucevic, signed veteran guard Goran Dragic, and brought back both Zach LaVine and Derrick Jones Jr.

However, given how many talented teams there are in the Eastern Conference alone, the Bulls will need some serious improvement to contend for a championship. Staying active in the trading market might be a wise decision, but otherwise they will rely heavily on internal improvements.

And based on recent reports, it looks like the bulls are aware of it. Corresponding NBC Sports Chicago’s KC Johnson reported that several members of the Bulls will be in Los Angeles this week for group training sessions.

“This is the week that several bulls wanted to be in the Los Angeles area for group training. It’s already the off-season base for Zach LaVine and DeMar DeRozan, who’s obviously a native. At least Alex Caruso, Patrick Williams, Coby White and Ayo Dosunmu wanted to join.” Johnson tweeted.

Johnson’s report was followed with a tweet from Daniel Grunberg outlining all the players who will be present.

Greenberg has backed away from Johnson’s initial coverage, but did elaborate on which players would be attending the Los Angeles workouts. According to him, head coach Billy Donovan will join a group of 11 players in Los Angeles.

“As @KCJHoop reported, the Chicago Bulls players are currently training together in LA. They played 5v5 and I’m also told that Billy Donovan is with them.

The Bulls players who are in LA:

The only Bulls players not on this list would be Lonzo Ball, Dragic, Drummond, Marko Simonovic, Justin Lewis (who has a two-way deal) and Javon Freeman-Liberty (who has an Exhibit 10 contract) .

While it’s great that the team is training together and focusing on improving as a squad, there have been some doubts as to their ability to challenge for a title next season.

NBA insider Steve Bulpett of Heavy.com wrote about the Bulls in his first mailbag article for Heavy Sports. When asked whether or not the bulls will do more business this summer, Bulpett said the bulls should realize they’re not a contender and take action on their part.

“The Bulls never really got a chance to see what their best rotation could do for a consistent stretch in the playoffs, but when you look at where they are now compared to the clubs who are expected to be at the Top of the Eastern Conference, it’s hard to see them as a Finals contender if they don’t move. You’d think they’ll see that and try to do something,” Bulpet wrote.

So as the bulls prepare for training, their front office may need to look for other opportunities for improvement.