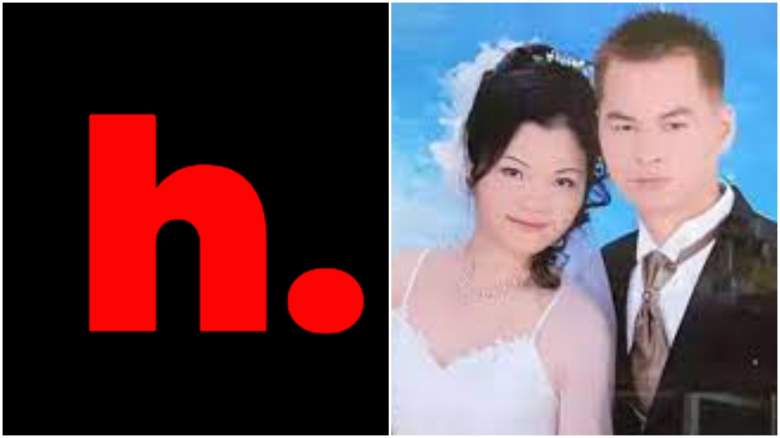 Zhiwen Yan is the delivery man who was killed in Queens on Saturday April 30, 2022. The Great Wall delivery worker was shot dead while riding his scooter in Forest Hills. Yan will be remembered by his customers as an “unsung hero” for his positivity and perseverance. He was 45.

A Video from a nearby surveillance camera showed Yan’s final moments as he left a delivery. Video, which also captured the shooting from a distance, is posted below and may be disturbing for some viewers. Yan lived in the middle village with his wife and children.

Police told the Daily News that Yan was likely hit by a stray bullet while driving through Forest Hills with a delivery. He was near 108th Street and 67th Drive around 9:30 p.m. when a man began firing shots, one of which hit Yan in the chest, the news agency reported. He was on his way to his next delivery when he was shot. Yan was taken to Elmhurst Hospital Center where he died, the Daily News reported. As of Monday, May 2, no arrests have been made in the case.

Yan had been married for seven years and had three children — two daughters and a son, according to the Daily News. His widow is Kun Ying Zhao, whose name is also Eva.

James Zhao, Yan’s cousin, told the Daily News that they just wanted to take care of their families.

“I don’t know how to explain how I feel,” he said. “We just want to work and make money and keep low and her husband isn’t doing anything wrong, nothing bad.”

Family members told the Daily News that Yan worked three jobs to provide for his family, including the Great Wall on Queens Boulevard, where he worked for 14 years. The Great Wall was about six blocks from where the shooting took place, the Daily News reported.

“I keep crying,” Zhao told the Daily News. “He meant everything to me. He took good care of me and the family.”

She told CBS New York they recently opened a laundromat to provide for the family.

She tearfully spoke through a translator to the news channel about the moment she learned her husband was dead. She arrived at the hospital too late to see him one last time, she said.

“They told me, ‘Your husband died.’ I told them they were lying. My heart broke into pieces. I told him, ‘Please get up and come home with me,'” said Kun Ying Zhao.

The grief extended well beyond Yan’s inner circle, leaving a void among customers who remembered him for his kind nature, according to Fox 5 New York.

“He was the heart of Forest Hills for so many,” Matthew Murray told the news channel.

“He was always very pleasant, always with a smile, always very respectful. Even during COVID he delivered,” Great Wall regular Liza Padilla told the outlet. “He was a first responder in a way. He was always there. When nobody could go out, they still delivered. And he was one of the delivery people that we really appreciated.”

Jennifer Trujillo, 47, told the Daily News she would often see Yan on his scooter and he would always say “hello.”

“You would see him in the building. He always greeted us,” she said. “Even on the street, when he was on his scooter, he remembered us and always said hello.”

Another customer, Neil Murray, said Yan would never miss an opportunity to say hello to his friends.

“You could be two blocks away and he’d be like, ‘My friend!’ Hands up,” Murray told the Daily News. “He might have brought us food last Saturday. We always order here. You’ve seen him deliver everywhere. I was up near Kew Gardens and what am I hearing? ‘My friend!'”

He said Yan can never be caught in a bad mood. Murray recalled a recent storm when he was reluctant to place a delivery order because of bad weather. Yan arrived in a long green poncho with his typically cheerful demeanor.

“You never tell he’s having a miserable moment,” Murray told the Daily News. “He’s what I call the unsung hero. No one will pay any attention to him because he is just a delivery man. But out here he was the greatest.”

Yan’s widow, Kun Ying “Eva” Zhao, started GoFundMe to raise funds after her husband’s death. The online fundraiser had raised more than $60,000 as of Monday, May 2, at 3:30 p.m. Eastern Time.

“I’m starting a fundraiser for my husband because he passed away last night. He was a hardworking delivery man and always provided for his family,” the page reads, followed by a link to a message.

Friends who knew Yan as her delivery driver and others who just heard the story took the time to offer their condolences.

“Rest in peace my friend. I’m sorry we disappointed you. Thank you for making the world brighter with every wave, smile and greeting,” wrote Geraldine Chadenat.

“We are so sorry for the loss of your family. I’ve heard so many ways your husband has touched our community. My deepest condolences to your family during his time,” Mindy Tsoi wrote.

“‘Until we meet again my friend’… we will always love you,,, thank you for those beautiful hellos and smiles and ‘the hello my friends’ they will never be forgotten,,, hello my friend we will.” always miss you,” wrote Patricia Pita.

“I am shocked and very sorry for your tragic loss. We lived in Forest Hills for 18 years until we moved last year, and we often saw Zhiwen Yan’s smiling face. Not only was he always friendly when delivering food, he would often wave and call out, “Hello my friend!” if we saw him on the street making deliveries,” wrote Jonathan Schweizer. “Forest Hills will miss his presence, but we will keep you, your family, in our thoughts.”

“I’m so sorry,” wrote George Capalbo. “As an Asian American, it broke my heart to hear what happened. We may be strangers, but I and thousands of others are thinking of your family tonight.”

An improvised memorial with cards and flowers was created in front of the Great Wall restaurant.

“Touching memorial in front of the Great Wall for Zhiwen Yan,” wrote CBS New York’s Christina Fan on Twitter. “So many handwritten notes say ‘my friend’. We’re told this was a catchphrase of Yan’s as he drove around Queens making deliveries 7 days a week, always with a smile, always without complaint.”