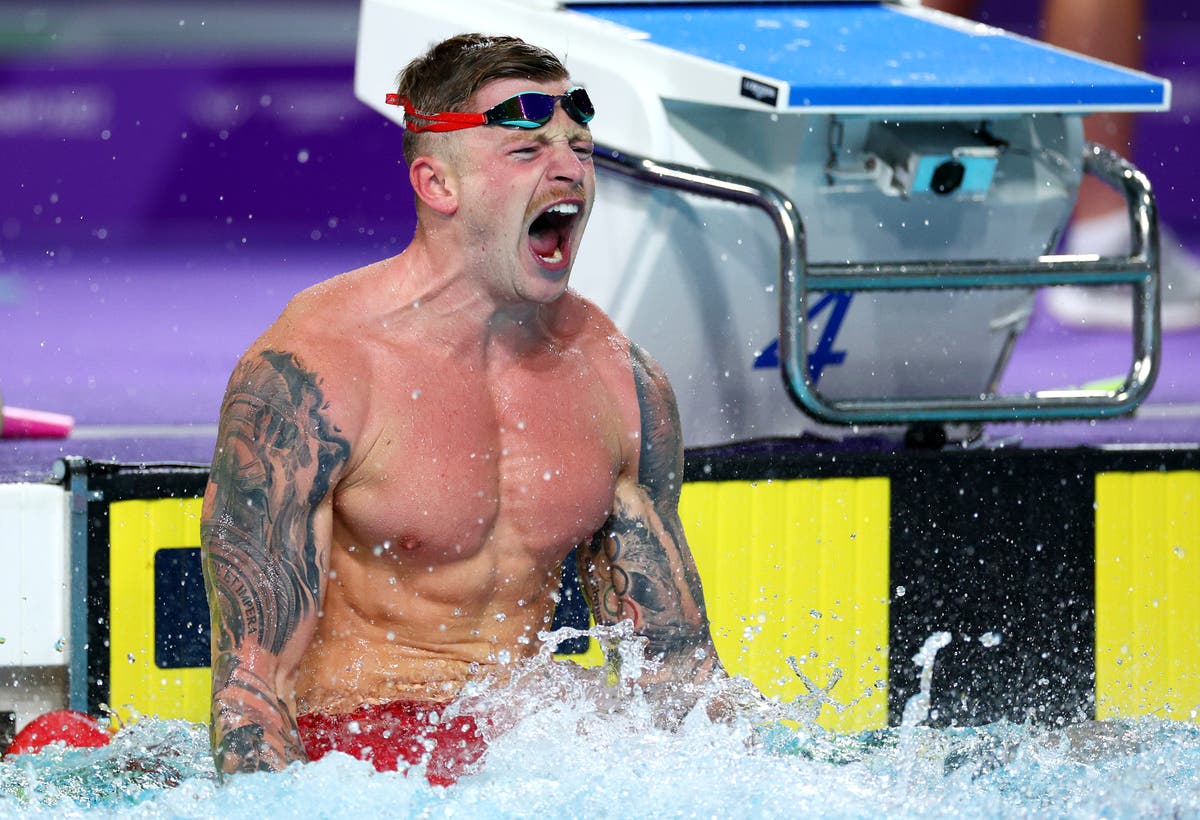 Adam Peaty apologized for “disrespecting” the Commonwealth Games and swam through the storm to gold in the 50m breaststroke.

The wounded lion bit back to claim victory and get his paws on the only major title he has eluded.

Before the broken foot last month, the 2018 loss to Cameron van der Burgh on the Gold Coast was the biggest setback of his career.

The 27-year-old responded by completing his career breaststroke titles, leading from block to wall in a time of 26.76 to claim the win.

“That was the only one I haven’t won in my career, now I can quit,” he joked.

“I lost my spark earlier in the week but getting it back now, that’s what it’s all about.

“I’m a much happier man. I had two choices this morning, fight or not fight. If anyone knows me, I fight.

A length proved no problem for Peaty in the 100m final – he led halfway – but his lack of speed endurance saw him be overtaken by all the comers.

After 24 hours dominated by the double Olympic champion’s perceived disrespect for the Friendship Games, he was back on top of the cable car and the world.

“I feel sorry for those who worked so hard to be here,” he said. “I want to be responsible for that, it came out very wrong and I addressed it.

“Yesterday there were many emotions. A lot of people have to understand that I hit rock bottom yesterday. Educating myself in my own mind is a result.”

Silver went to Australia’s Sam Williamson, 0.21s behind Peaty, and there was an unlikely bronze for 28-year-old Ross Murdoch in the final individual race of his career.

Murdoch played his own unique role in Peaty’s triumph.

Peaty revealed: “I said to Ross at the swim that I didn’t want to do the 50. Ross said to me, ‘No, because you’re going to regret it the day after and the year after that.’

“I’m glad he was there to encourage me.”

He continued: “I wasn’t hungry; I can easily say I’m ready and confident in any interview, but it’s not until you step off those blocks that you feel ready.

“It took so much strength from me because I invested so much in this journey with this situation.

“But Paris, I’m so hungry now, I have something to prove and I’m so dangerous.”

National Lottery players raise more than £30m a week for charity, including vital funds for the sport – from grassroots to elite. Find out how amazing your numbers are at:www.lotterygoodcauses.org.uk and get involved with the hashtag: #TNLAthletes.