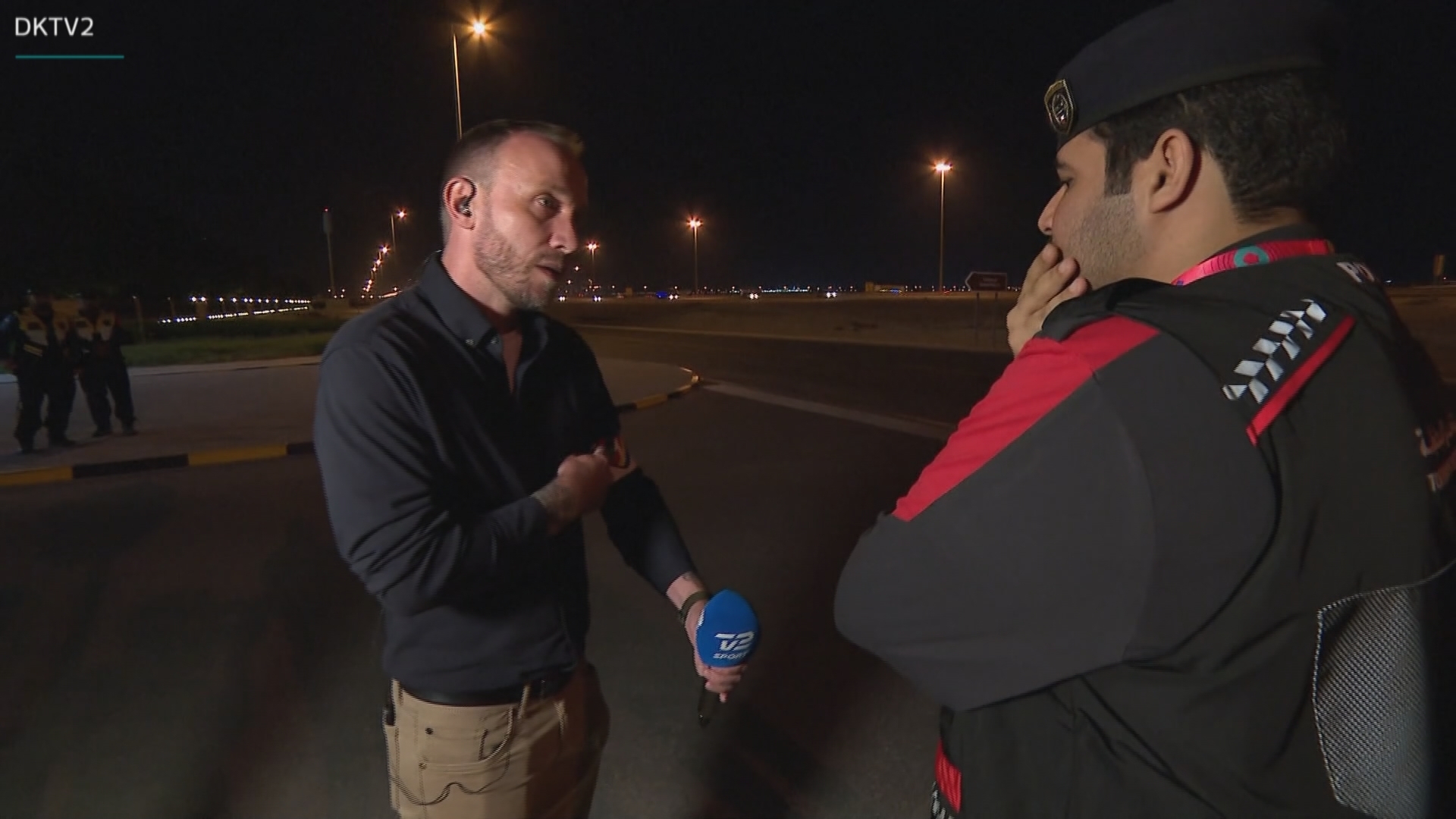 TV 2 Sport’s Jon Pagh was wearing the ‘One Love’ armband as he prepared to address the camera outside the Danish player’s hotel when he was approached by a Qatari official.

“I respect you telling me that, but I can’t take it off,” said the sportswriter, who kept the armband.

“Why isn’t it allowed? Is it the colors?” he asked, to which the officer replied, “Yes,” before covering the camera lens with his hand.

As a result, Mr Pagh and his colleagues from TV 2 are said to have left the site in Qatar, a country where same-sex relationships are criminalized.

The incident came just under a week after video footage surfaced of security personnel in Qatar trying to stop TV 2 Denmark’s Rasmus Tantholdt during a live broadcast.

He was covering the World Cup when approached and Mr Tantholdt later said security threatened to break his camera.

TV 2 Denmark said it had obtained the appropriate accreditations to film and would be reporting from a public location. Qatar’s Supreme Committee then issued an apology.

England and Wales were among the European nations Don’t wear the OneLove braceletintended as a protest against all forms of discrimination at the World Cup in Qatar.

The decision, which reversed their previous stance of wearing the armband, came after they were warned by FIFA they would face sporting sanctions such as being issued yellow cards for doing so.