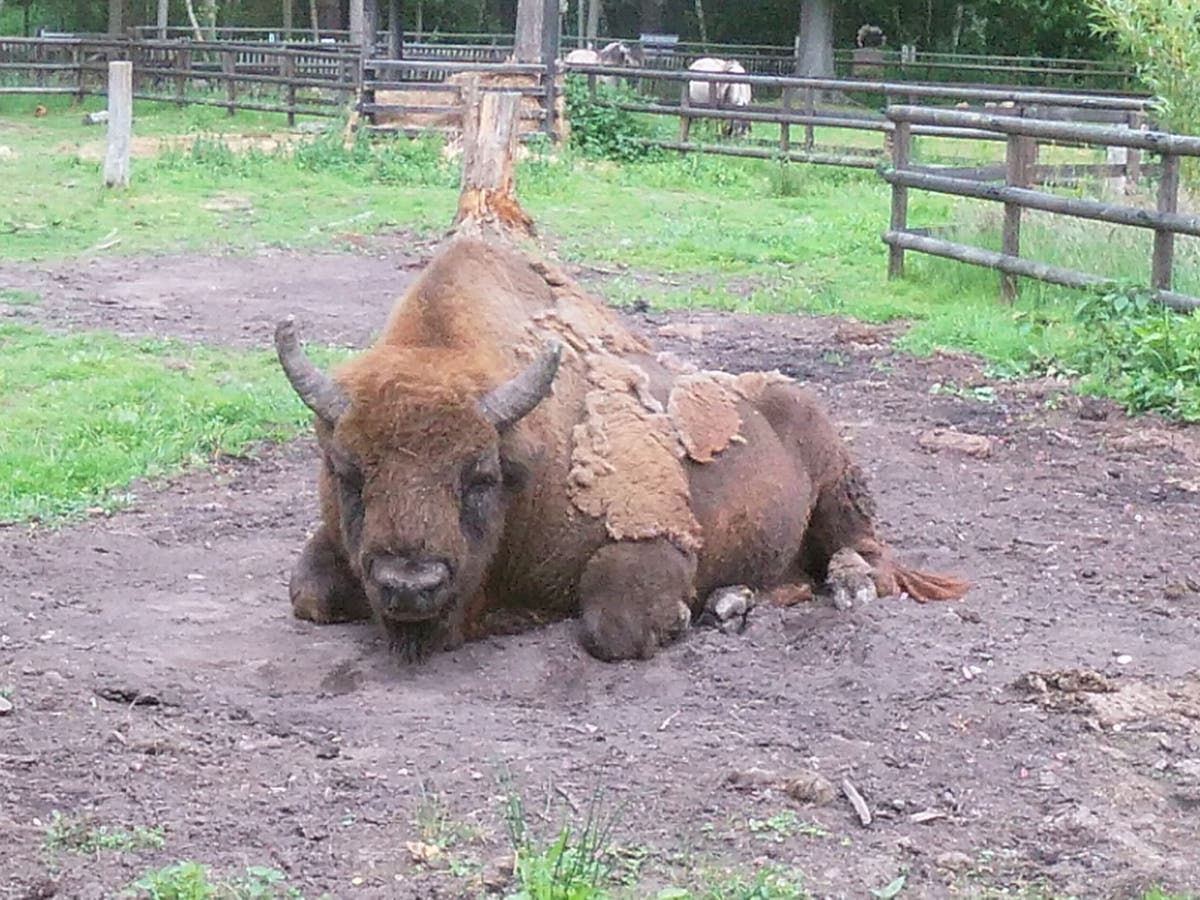 Bison are big. At nearly two meters tall and over three meters long, they are Europe’s heaviest living land animal and have not inhabited the UK for around 6,000 years.

But times are changing. A small flock of these “woolly bulldozers” were abandoned at a nature reserve near Canterbury in Kent on Monday morning as part of a landmark £1million project to boost biodiversity and tackle the climate crisis.

The project in West Blean and Thornden Woods will not only help give a boost to the endangered species which it is hoped will breed in their new forest environment, but it is also hoped that the bison will provide a radical new way of landscape maintenance will demonstrate .

The species is expected to damage trees, knock them over, rummage through branches and clear patches of woodland where it will bathe in dust.

The result will be the creation of myriad micro-habitats and diverse ecosystems that cannot be created by human intervention but will mimic the natural tillering of the large species that existed in forests when the trees that we still have in Britain evolved.

For example, standing deadwood – something seen in natural ecosystems but rare in modern managed forests in the UK – will provide new opportunities for species such as woodpeckers and insects, and those species, in turn, will help bring others back.

“It’s a first in the UK. It’s very exciting and also very challenging. People ask, ‘When was the last time bison were in the country and are they really native?’ but actually what we’re trying to bring in is an animal that’s an ecosystem engineer — a habitat-changing animal.”

Britain’s dwindling wildlife “will start to come back,” he says. “We expect things like nightjars and goshawks, and the site is already a national stronghold for heather fritillaries.”

The bison were released into the forest early Monday morning on what is expected to be the hottest day on record this year.

“The bison will help create climate-resilient landscapes that can adapt to the challenges of the crisis we are facing.

“We want Wilder Blean to mark the beginning of a new era for conservation in the UK. We need to revolutionize the way we restore natural landscapes by relying less on human intervention and more on natural engineers like bison, wild boar and beavers.”

As well as the bison and the wildlife they might bring back, the Kent Wildlife Trust has brought back Longhorn cattle, Exmoor ponies and Iron Age pigs, all of which will play different roles in the landscape.

While the site is fenced off, visitors can book safaris that allow them to find the satellite-tagged bison, which Hadaway says will be “elusive.”

The plans mean the project has hired Britain’s first bison rangers to help manage the animals.

Tom Gibbs is one of two rangers at Blean. He said LatestPageNews When he first saw the job ad, “it looked amazing” and he “knew that whoever gets that job is going to be a lucky son of a gun.”

He said the project aims to “change the mindset about how our landscape ‘should'”.

“We are denied that in the UK so I really want to give people the experience of being in a wilder place and close to wild animals. I think we all need that in our lives.”

The public will have an opportunity to view the bison from elevated platforms and tunnels that maintain the footpaths that traverse the site while also being fenced off. Public safaris begin once the bison are comfortable on the property.

For the future, the team hopes that one day laws will be changed that designate bison as “dangerous wildlife” and that the fences could fall down in some parts of the project, as is the case with other projects in the Netherlands, where people and Bison can mingle freely together.

Mr Gibbs said: “Things like Covid have proven people need their local parks and forests. But the reality is the basis of what people experience in forests, compared to 50 years ago, we don’t see the same species and we don’t see much biodiversity.

“The traditional ways of managing these habitats just don’t work.”

The team hopes that the Wilder Blean project will prove that similar projects can now be done elsewhere.

“If we can do this in a tiny corner in the south-east, why not do it up in the Grampians and in Snowdonia – you call it a national park,” Mr Hadaway said.

“A big part of tackling climate change that isn’t talked about nearly enough is what we do with our green spaces,” he said.