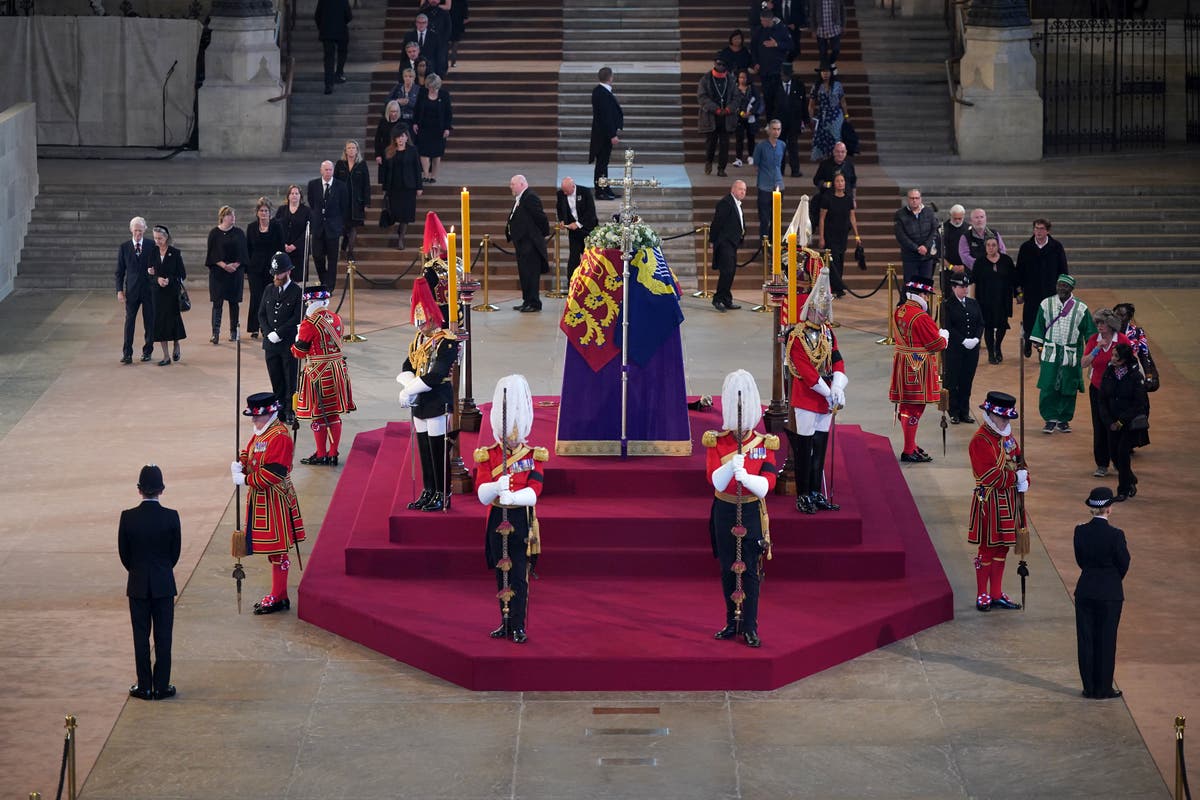 A little over a week ago (although that feels like a different era, it was) a colleague held a farewell at the Yorkshire Gray Pub in Farringdon. I was about to leave when I was shown a text message that made me panic.

It suggested the Queen was near the end of her life, and we better prepare for one of the biggest news stories in living memory.

My first thought was if I could get my hands on the laminated sheets that were provided for this case. After ascertaining their whereabouts, I went home, safe in the knowledge that most previous references to Operation London Bridge had proved premature.

The next morning, Thursday, as we all debated the new Prime Minister’s energy policies, it very quickly became clear that one of Britain’s biggest peacetime economic interventions would only be part of our newscast that night.

The ominous statement from Buckingham Palace that the Queen was under “medical supervision” prompted an immediate change Channel 4 news Running order – and also a wardrobe change, from a light fuchsia to a sober navy blue.

A few hours later even that seemed overly optimistic and I switched to a black blouse. A black tie suit was sent to correspondent Matt Frei, who had branched off to Buckingham Palace.

And then, at 6:31 p.m., came the words that we had all prepared for, and yet we were taken aback by the enormity of the moment. “Buckingham Palace has announced the death of Queen Elizabeth II.” Veteran BBC presenter Huw Edwards apparently rehearsed the statement in front of his bathroom mirror. His delivery was word perfect.

Of course, at Channel 4 we had also practiced replacing “Mrs Robinson” with the Queen’s real name so that no one stumbling across the rehearsal would set off a false alarm. But it wasn’t until I heard the countdown in my ear that “Mrs Robinson’s” death became chillingly real.

Our correspondent Andy Davies found people weeping at Windsor Castle, stunned that someone who had been with them their whole life had, as Edwards memorably put it, “left us”. Her excitement brought tears to my eyes too. After all, grief is contagious.

At the end of my radio show on Times Radio the next day, the national anthem was played after Charles III’s inaugural address. played. My co-host Michael Portillo was in the studio ready for his show, and as soon as the anthem began, he stood there respectfully. I also got up and sang heartily, replacing queen with king for the first time.

I wasn’t prepared for the strength of the feeling in those first 24 hours. Covering the story is all consuming. Taking part is even more so. Personally, I have a low tolerance for the national pastime of queuing, so I admire the hundreds of thousands lining the Embankment en route to Westminster Hall, or the thousands who filed past Buckingham Palace earlier in the week with neatly arranged flowers in mounds of mourning around Green Park. The order is the visible representation of years of invisible official work.

A pavilion tent city has been built behind the palace so that media from all over the world can report on the story. Rows of portaloos, countless lanyards and colored bracelets. Today’s wristband is made of plastic – an upgrade from yesterday’s paper wristband. Our head of planning, Stuart McTeer, fills us in on the color required for the strap in his invaluable morning email.

Some of our viewers wish this wasn’t the only story in town. And of course we made sure to give airtime to the global reaction to the royal death, the anti-monarchy protests, not to mention the pivotal developments in Ukraine and the cost of living crisis. I look forward to checking out Liz Truss’ “Tax Event” as well.

standing under ours Channel 4 news When the Queen’s coffin returned to Buckingham Palace on Tuesday night, I was certain I wouldn’t be one of those people anxious to capture a fleeting moment of history on their mobile phones. But – like the narrator by Philip Larkin go to churchwho is not normally religious but nevertheless removes his bike clips in “awkward awe” as he encounters a church – I caught a video too.

As the hearse slid through the castle gates, a colleague burst into tears.

It was constitutional historian Walter Bagehot who warned against “bringing magic to light”. Of course, a new day will dawn, but for now, the thousands lining up and the millions watching on TV are mesmerized.

Cathy Newman is presenter and investigative editor at Channel 4 News