What are the EU’s new Brexit proposals on Northern Ireland? 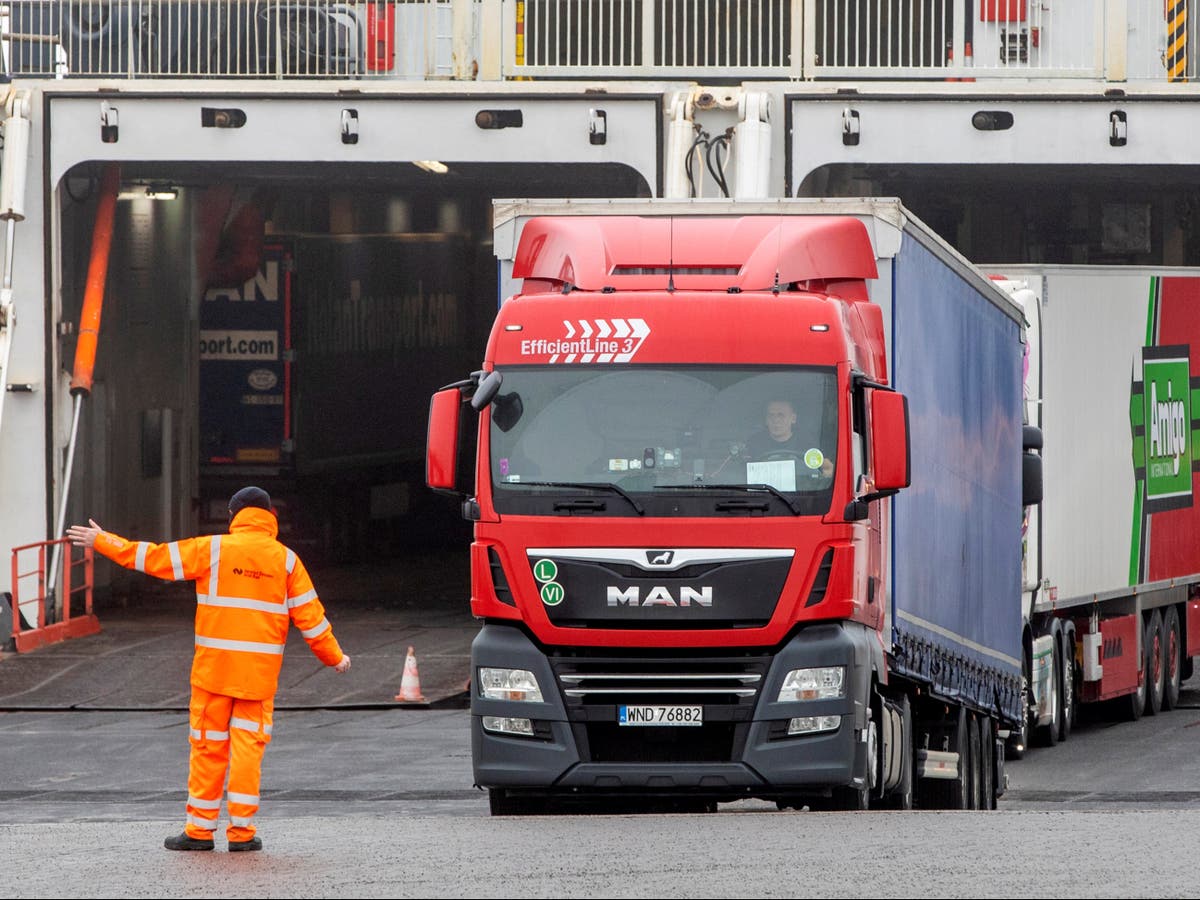 Britain urged the EU to change the Brexit deal with Northern Ireland and the bloc revealed its plans on Wednesday afternoon.

The European Commission’s proposals envisage a reduction in the number of sample inspections of food that crosses the Irish Sea by 80 percent and a streamlining of the required certificates.

Restrictions on “chilled meat” such as sausages would also be relaxed, customs papers for finished goods would be halved and restrictions on the transport of medicines across the Irish Sea would be abolished.

But the plans ignore the UK’s demands to remove the European Court of Justice from the equation in what Brexit Minister Lord Frost has called a red line.

And the Commission says the light-touch approach will only work if the UK honors its previous commitments to build new border inspection posts and gives Brussels real-time access to trade data.

The EU is offering to reduce controls on so-called agro-food that cross the Irish Sea by 80 percent.

It would also be crucial that the number of certificates required for trucks with mixed loads of different goods is reduced.

Currently, trucks with many different products on board require a veterinarian-approved export health certificate for each product line of the vehicle.

Instead of up to 100 certificates, each truck would only need one.

The EU says that products that are deemed “not at risk” to be illegally imported into the EU are not subject to duty.

So-called “Trusted Trader Schemes” would also be extended to a larger number of companies.

Collectively, the bloc says these changes will cut paperwork in half for goods crossing the Irish Sea.

While the “not at risk” exemptions already exist, they have so far only applied to manufacturers based in Northern Ireland with low sales. It would be a general exception.

The plans would cover major NI manufacturers and UK-based suppliers.

Under the original plans that Boris Johnson signed, the supply chains would have been severely disrupted.

The original plans have yet to be applied as the UK extended a grace period before they were implemented.

The EU also says it wants to make sure it is responsive to the views of people and businesses in Northern Ireland.

It says it will create structured groups to provide a forum for discussion on the implementation of the Northern Ireland Protocol.

According to the outline of the bloc, relevant “stakeholders” such as business associations could be invited to meetings of the “joint committee” that oversees the functioning of the agreement.

And the bloc has also proposed to include the Stormont Assembly in the UK-EU joint parliamentary assembly that is being set up to oversee UK-EU relations.

It also says it will set up a website with clearer information on how EU legislation applies to Northern Ireland.