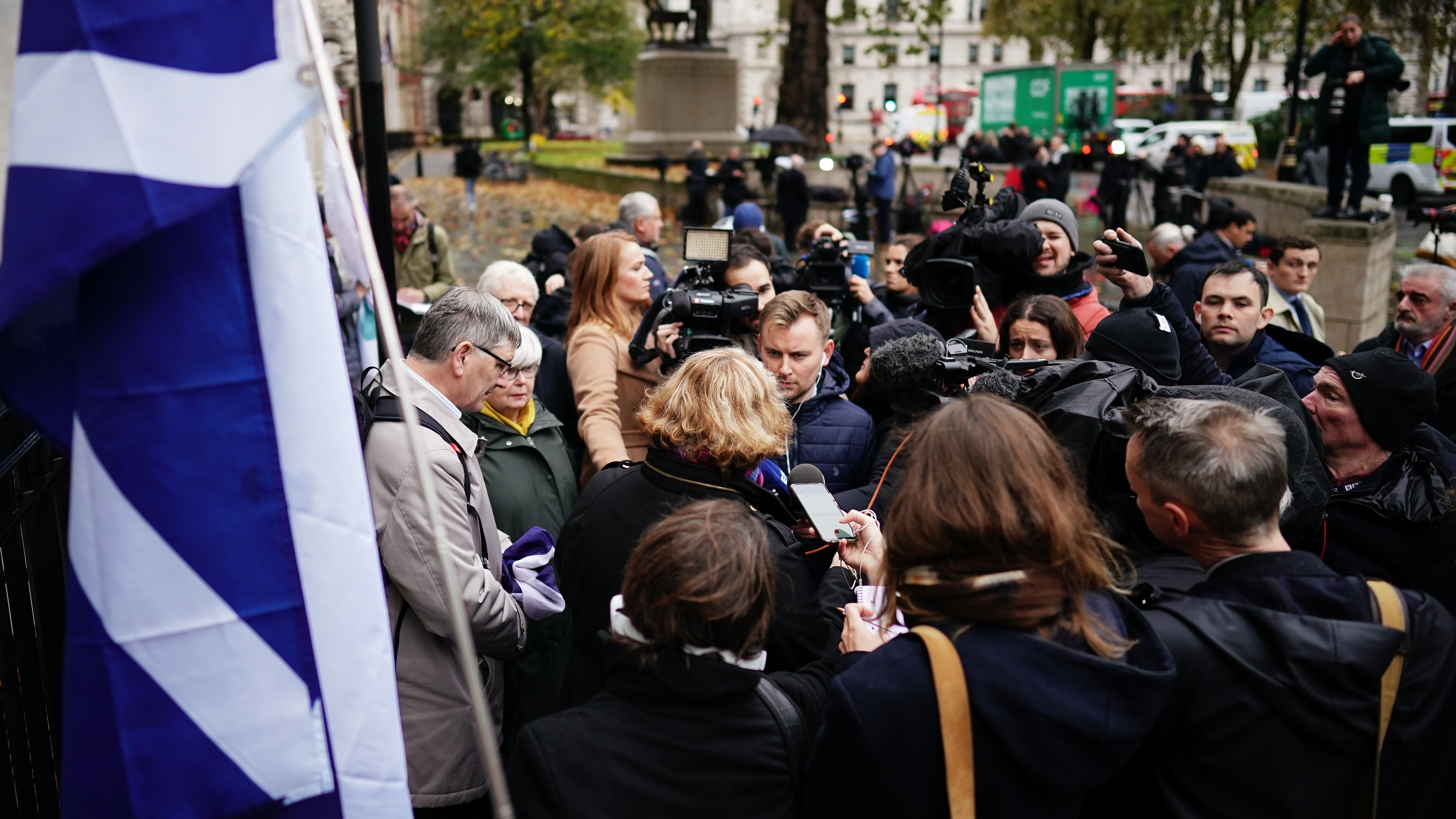 However, Wednesday’s court ruling by no means ended the political debate.

At the Prime Minister’s questions, SNP Westminster leader Ian Blackford asked: “Will he at least be honest and confirm that the idea of ​​the UK being a voluntary association of nations is dead and buried now?”

Rishi Sunak echoed the UK Government’s main argument: “I think the people of Scotland want us to work on tackling the big challenges we face together”, such as supporting the economy.

He is certainly friendlier to the Scottish Government than his predecessors.

Several other SNP MPs had to question the prime minister before asking a pressing question on the same issue.

They repeatedly asked versions of this key question: “What is the democratic way for Scotland to determine our own future?”

Scottish Secretary Alister Jack responded with versions of this response: “In 2014 there was a consensus between both Governments, all political parties and civil Scotland. Those are not the circumstances today.”

Giving temporary relief to his constituency neighbor, Dumfriesshire Conservative MP David Mundell said: “My constituents will not be celebrating this result, but they will be deeply relieved that they are not dealing with all the other problems they are facing face a deeply divisive independence referendum next October.”

At her press conference in Edinburgh, First Minister Nicola Sturgeon said: “From today, the independence movement is as much about democracy as it is about independence.”

She confirmed she would move forward with her plan B – to use the next general election as a “de facto referendum” and said there would be a special SNP conference in the new year to work out the details of how they will do so .

She will of course seek to keep the independence issue high on the agenda – and she dominated Wednesday’s talks in Westminster, but I think UK Government ministers will be fairly confident that they won’t do it very much in the coming months will disturb.

During Wednesday’s debate on the Government’s Leveling and Regeneration Bill in the House of Commons, Carlisle Conservative MP John Stevenson called for “consistency” in decentralization estates across England, with his view that each area should have an elected mayor.

However, Tim Farron, MP for Westmorland & Lonsdale Liberal Democrats, argued that delegating powers only to local areas with a mayor “is not decentralization but a delegation to beautify the system for the good of government rather than to benefit local communities.” strengthen”.

Mr Farron also tabled an amendment calling for a review of business rates, which he says discourage many businesses in his community from using the city center premises.

Leveling Up Secretary Dehenna Davison said that “a review has only recently been completed and we have put in place an incredibly robust package of support” around business rates.

The amendment was rejected by Conservative MPs.

During Thursday’s Transport Questions, Conservative MP Neil Hudson of Penrith & The Border complained about the ongoing “poor and unreliable service” on the West Coast main line.

He asked for assurances that “nothing is being ruled out, including stripping [train company Avanti] of its contract if it doesn’t rescind its game.”

Rail Minister Huw Merriman said: “In December, with the goodwill of unions and the workforce, we will see weekday services increase from the current 180 to 264,” but his response did not address Avanti’s future.