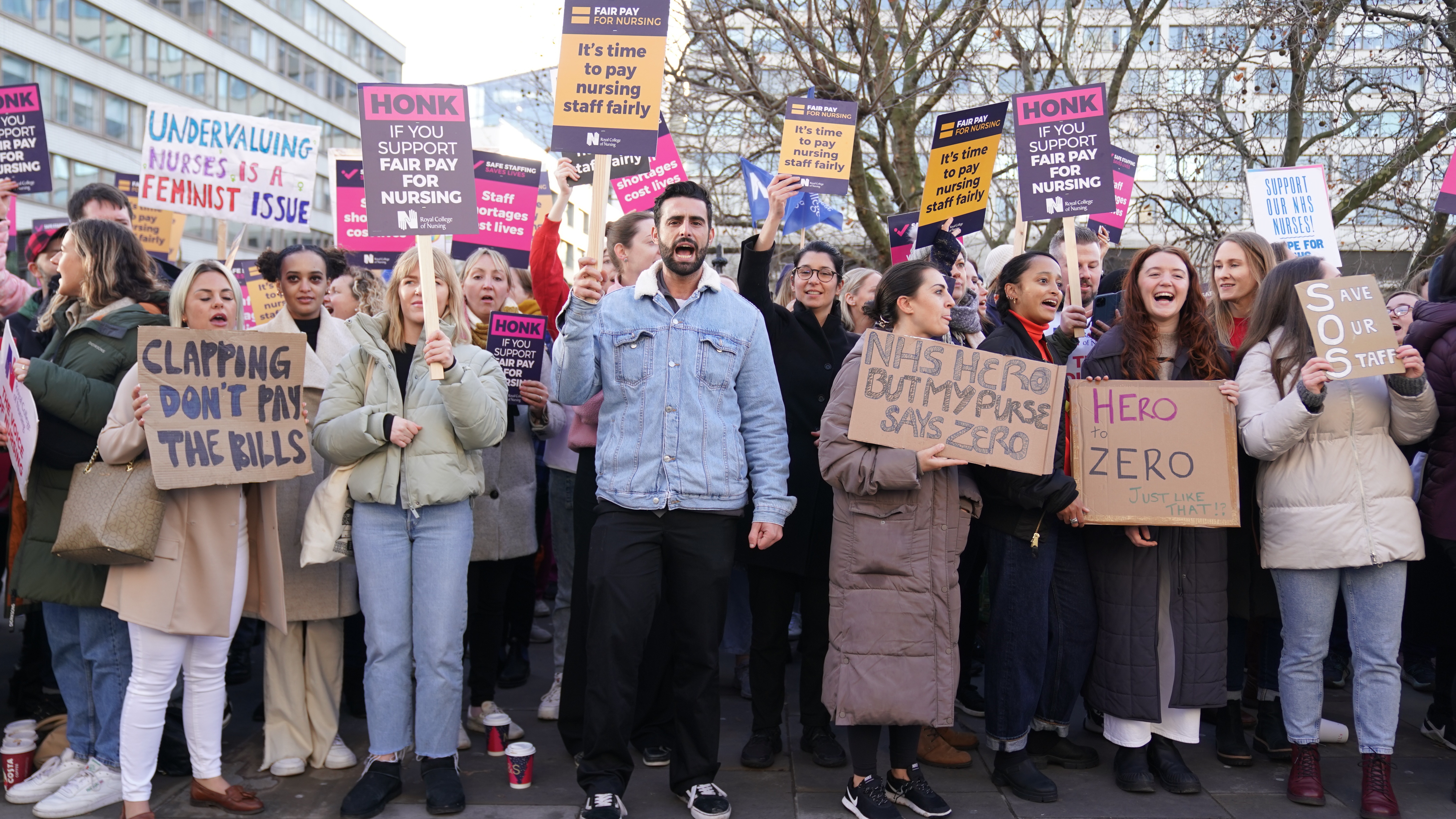 Members of the Royal College of Nursing (RCN) across England are set to drop out on Wednesday and Thursday and the union has warned that the next strikes will involve all eligible members in England if no progress is made in negotiations by the end of January the first Just.

The government continues to insist that wage demands are prohibitive and maintains its belief that wage increases should be decided by wage inspection bodies.

Health unions are refusing to provide evidence of the 2023/24 pay rise to the NHS paycheck body until the current dispute is settled.

GMB leaders will meet on Monday to decide whether to call further strikes among their ambulance members over the lack of progress in talks.

Any decision will likely be announced later in the week.

Meanwhile, the National Education Union (NEU) and the school leaders’ union NAHT will announce the outcome of votes on pay strikes.

The NEW announcement will be made on Monday and the union must give two weeks notice of any industrial action.

A vote by teachers’ union NASUWT members last week fell short of the 50 percent turnout threshold, despite nine out of 10 voters supporting strikes.

Members of the Educational Institute of Scotland (EIS) union begin a 16-day continuous strike on Monday, which will see teachers in two of Scotland’s 32 local authorities resign any day until February 6.

Meanwhile, a strike by Unison members will take place at the Environment Agency on Wednesday in a dispute over pay.

Talks between rail unions and rail operators continue in a fresh attempt to resolve the long-running dispute that has sparked a spate of strikes since last summer.

Both sides say they are working on a revised offer.

The Public and Commercial Services (PCS) union is driving a February 1 strike by 100,000 civil servants that will impact governments, driving test centers, museums, ports and airports.

The TUC is organizing a series of protests on February 1 against the government’s controversial new strike law.

Proposed legislation aimed at ensuring a minimum level of services during strikes will go through a second reading in Parliament on Monday.

A demonstration is taking place outside Downing Street to protest the government’s move.

PCS members, who work as legal advisers and court clerks in more than 80 courts across England and Wales, are set to take further strike action in a long-running dispute over a case management system called Common Platform.

PCS Secretary General Mark Serwotka said, “As long as managers continue to ignore our members, our members will continue to resist the dysfunctional Common Platform system and fight for the integrity of the entire justice system.”